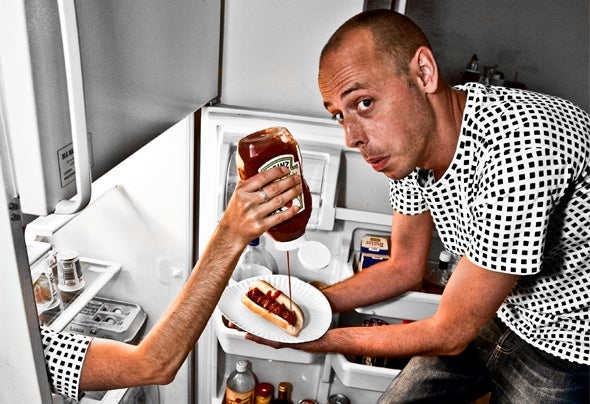 "Peo de Pitte is definitely a name to watch" - Fake Blood Peo de Pitte hails from the city of Stockholm. Having relocated to London, Peo has been cooking up a storm with his original production; remix work and his late night, hands-up-heads-down DJ sets. He has been running his own label FlatOut Records, home to his two aliases Peo de Pitte and Haggstrom which has seen support on radio, in press and at the forefront on headline DJ?s sets right around the globe. His hailed remix of ?Riverside? by Sidney Samson has so far clocked up over 100,000 downloads! His trademark combination of big room beats and cutting edge synth?s has resulted in making Peo one of the most exciting new producers to emerge since IKEA. With remixes and releases on labels such as U&A, Global Underground, SIMMA, Fingerlickin?, Frenetic, LOT49 and Champion Records, it is no surprise that he has won huge support from some of the dance worlds biggest acts like Steve Aoki, Afrojack, Crookers, Groove Armada, MJ Cole, Sinden, Roger Sanchez, Laidback Luke, Treasure Fingers, Kissy Sell Out, Elite Force, Jaymo & Andy George and Lee Mortimer. In-turn, this lead Peo to be invited to perform exclusive mixes for Annie Nightingale on Radio1 and Loose Cannons on Kiss FM as well as various radio stations worldwide. Men want to be him, woman can?t help but dance to him and DJ?s & producers are literally queuing up to work with him. Welcome to the world of Peo de Pitte. ?Mr Pitte shows us once again why he is one of the true leaders? - Plump DJs WEB: http://www.peodepitte.com