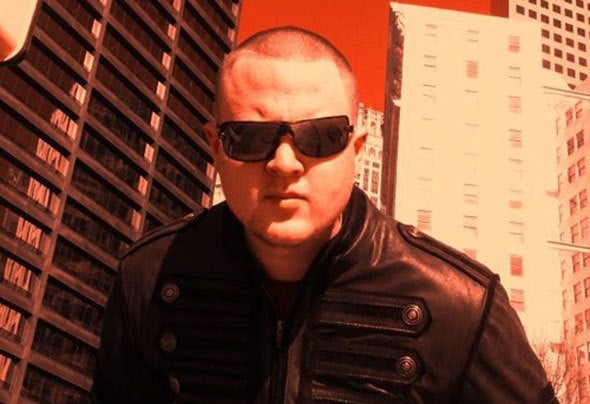 The roaring bass producer and serial crowd wrecker performer, Rednek, is fast becoming a legend in the world of Dubstep. Raised by a Jamaican family in Hackney London, Rednek grew up displaying exceptional musical talent, which helped rocket him to the success that he orbits today. With over 19 years of production and performance skills under his belt, Rednek is firmly cementing himself as a huge player in the world of dance music. In May 2011, Rednek decided to become his own artist (after years in the studio producing other artists’ hits) and knew immediately how to execute his plan of action. After teaming up with Rogue Industries, he charged into the Dubstep scene, humorously naming his debut track; “I’m Not Skrillex”, insuring controversy and attention, as it was a play on the renowned Dubstep producer Skrillex’s track; “My Name Is Skrillex”. As if this tongue-in-cheek jest wasn’t enough, Rednek then wrote and directed this official debut music video to display the guidelines of “How to become a Dubstep artist in one month”. Thus showing the world for the first time that now famous Rednek sense of humor. Rednek immediately became the talk of the industry and he followed up his successful debut video with anot her viral one, t his t ime announcing who he act ually was; “They Call Me (Rednek)”. It was after this second video that the industry started buzzing to a deafening roar. Rednek was serious and he was here to stay. What sets Rednek apart from other Dubstep producers is that he performs his own vocals, proving to the world that he is in fact an actual artist who excels at delivering impressive live performances as well as top notch productions in the studio. His debut tour of the United States in 2011 smashed over 20 cities, with him continuing to steal the show at each performance. What Rednek had proven in the studio, he took with him to his live shows and saw crowds go mental as he played and performed his own material live to the masses, spawning an ever growing fan base along the way. Rednek is not just another DJ, he is a legitimate Dubstep Rockstar! Get ready for Rednek’s highly ant icipat ed debut album “ONE YEAR LATER”, which will drop in June 2012!! With more huge projects on the horizon and a world tour already in place, Rednek is looking to be an unstoppable force! Soon you will all find out why this year is the year of the Rednek!