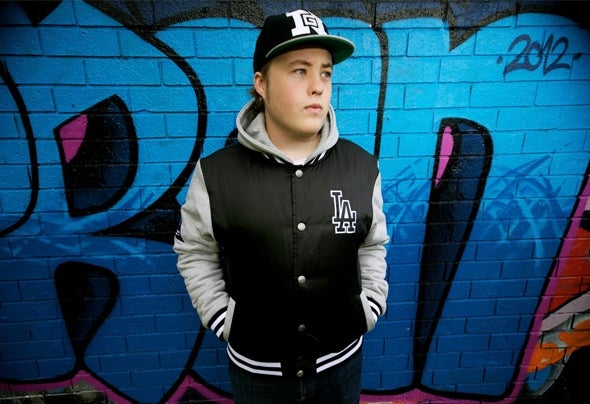 Sydney producer/DJ Filth Collins represents a refreshingly heavy yet melodic side of dubstep and grime. Having "Arguably one of the best names in dubstep" (Mistajam - BBC Radio 1), Filth has proven that even though his name is comical - his productions, live shows, and work-rate are nothing to laugh at.Learning guitar, drums, and piano from a young age has the laid the foundation for the heavily melodic sound he is renowned for today. Years of experimentation in bands led him to the conclusion that the traditional band format did not give him the versatility needed to properly put his ideas to practice, and so he turned to electronic music.Always attracted to the more energetic and aggressive side of music, Filth found comfort in the drum and bass scene, and constantly attended local Sydney nights to get his weekly dose of sub bass frequencies. Then one week, he was unintentionally introduced to the genre of dubstep by a warm-up DJ and he immediately knew that he had found his calling.Analogic Records, Crossroads Records, and Betamorph Records were quick to snap up Filth Collins' early productions. His catchy melodic sound set him apart from what was becoming an overly noisy and unimaginative scene, and his following began to grow.The following year was enormous for Filth Collins.Non-stop touring around Australia and New Zealand, frequenting clubs and festivals alike.DJ support from some of the biggest names in the scene like Caspa, 16Bit, Doctor P, Brown and Gammon, and Antiserum.Constant radio play on BBC1xtra, Rinse FM, and Triple J.Chart success with his remix of "Too Fresh - Hotel Party" reaching the top 10 in the Aria Club charts.Features on major compilation albums such as "Dubstep Invasion 2" (Sony/One Love), and remixes for a diverse array of artists, from award winning hip-hop producer M-Phazes, to dubstep legend Rod Azlan. With support from some of the biggest artists in the scene and a very loyal fan base, the future looks extremely bright for Filth Collins. Highly sought after for his high energy live shows, and with forthcoming collaborations with grime legend Footsie (Newham Generals/Dirtee Stank),and recently signing onto legendary dubstep label "Dub Police", Filth Collins shows no sign of slowing down in 2012.