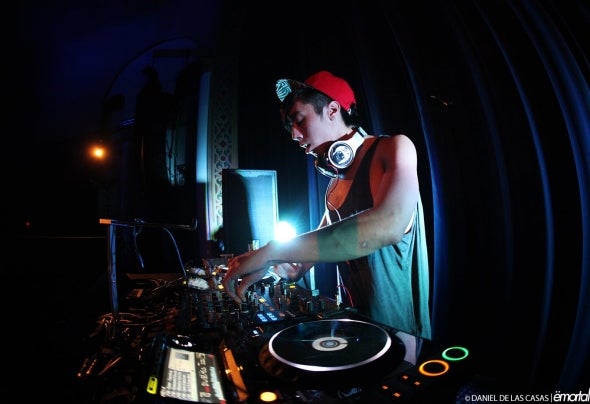 The term bass music is all too-often overused to bracket UK music of a certain low-end frequency together. But for 19 year-old xKore (pronounced as ex-core), his diverse productions and already brimming cannon of exquisitely produced music is deserving of a wide spread and eclectic bracket – if you must choose to include him in one, that is. If it’s frenetic, sharply tweaked drum beats and musically reinforced, melodic bass lines you’re after, you can be safe in the knowledge that xKore’s etched his name into uniquely heavy slabs of futurism soaked, contemporary dance floor music. Just ask the likes of Skream & Benga, Dillon Francis, Borgore and many more household names from across electronic music’s leading lights, all of whom have cottoned on to his mean, lean experimental sound.xKore first burst onto the scene with a free track entitled 'Hello' lastOctober (which has now broken the one million mark on UKF). Ever since then (and in the space of just a year and a half) he’s notched up a selection of evolving releases, etching his name into some of the underground’s leading stables and avoiding the’ dubstep-by-numbers’ template that plagues the scene; turning his hand to a range of styles, from his blistering debut EP Domination on Cognition to the Full Russian EP on Buygore, Lazershark EP for GAWA and recent EP Stabs for Inspected.Things have really started to blossom for the young xKore when his remix of Sub Focus’ 'Falling Down' smashed its way to No.1 on the Dubstep Top 100 Chart, and has propelled him to the forefront of the current musical explosion. Withforthcoming remixes for the likes of drum and bass veteran Metrik on ViperRecordings, UK urban collective The Foreign Beggars and a full, second release coming up on Inspected, xKore’s grabbing the bull by the horns with intense vigor and galvanized spirit.As xKore’s sound progresses alongside his formative years, his growingtrajectory shows no sign of letting up, as he continues to fuse together thebest of all contemporary dancefloor music into his own brand of heavyweightdestroyers. The future holds no limits for this titan of ‘bass culture’ – somake sure you don’t sleep on him for one second