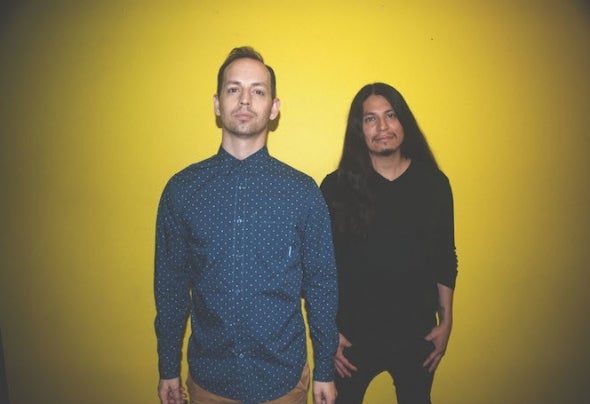 Nadastrom (\ˈnä-dəˈstrȯm\) - Established 2007:  The collective brainchild of Washington, D.C. natives Dave Nada and Matt Nordstrom. Emerging duo experiencing significant buzz. i.e. The debut release from Nadastrom sold out on vinyl and became a digital store annual bestseller. As a longtime resident of Spin Magazine’s “Best Party in America”, Taxlo, Dave Nada perfected his in-demand dance floor sensibility, combining elements of dance, hip hop, and punk rock.  Not long after that he was touring the world with well-respected DJs like DMC champ DJ Craze, DJ Ayres, and Tittsworth.  With a Grammy nomination in his collection, Matt Nordstrom has been producing, remixing, and engineering for the world’s top electronic artists for nearly a decade.  His work appears on a long list of labels including Global Underground, Ultra, Saved Records, Renaissance, EMI, and Minus.  In 2008 Grammy Award nominee Switch (M.I.A., Santogold, Basement Jaxx, Diddy, Lily Allen) invited the duo to join his renowned label Dubsided.  Their debut Pussy EP topped international charts, reaching the number one download spot on tastemaker store Beatport.   iDJ Magazine said the lead single off the record offered “true ingenuity before plunging headfirst into a vicious bassline.”  That same year, Nadastrom also scored the most downloaded remix of the year on the trend-setting blog Discobelle. Another Dubsided release in 2009 led to guest spots on BBC Radio One and invites to play alongside Diplo, A-Trak, Laidback Luke, Steve Aoki, and Pete Tong as part of a worldwide tour schedule.  Between tour dates, they worked to create tracks with artists such as Kanye West, Kid Cudi, Kid Sister, Nina Sky, and Pitbull. At the close of 2009 the Washington Post wrote, “Nadastrom's productions and live sets are like the dance-music equivalent of the mythical Spinal Tap amplifier that goes to 11. Their style pushes club, house and electro sounds to a hyper-concentrated energy level.   For the popular duo, peak time isn't just 1 a.m., it's the whole five or more hours of their set.” For 2010, the pair are prepping more original productions and exploring new musical territory - consistency in what they make isn’t defined by genre but rather by what makes people dance.  Although they employ an assortment of monikers to put out what intrigues them musically, the Nadastrom name is reserved for their most mammoth musical inspirations. This unique musical monster is known as Yeti.  Yeti is a legendary but elusive half-breed, part man and part beast. Various accounts detail Yeti as a huge monster with footprints three times the size of man, a creature with fanatical followers devoted to capturing evidence of the mythical phenomenon. Nadastrom is a Yeti, a hybrid creation of sound hunted around the world.