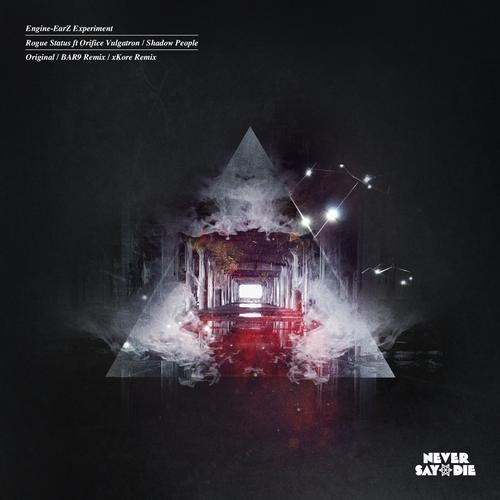 Engine-EarZ Experiment will release their much-anticipated new single Rogue Status on February 25, 2013. The blistering track features Orifice Vulgatron from electronic hip-hop heroes Foreign Beggars. Also included are remixes from BAR9 and xKore as well as additional track Shadow People, a favorite from their live shows. Engine-EarZ Experiment are making their debut appearance on Never Say Die Records with Rogue Status. The bass collective from Reading, UK, have been tipped as Ones to Watch by media outlets Mixmag, RWD and Art Rocker, and having toured with DJ Shadow, The Streets and Tricky, the band has just returned from a sold-out tour with Enter Shikari. They are currently putting the finishing touches on their debut album, which will feature collaborations with Dead Can Dances Lisa Gerrard, Flux Pavilion and Aloe Blacc.Orifice Vulgatron, from trailblazing trio Foreign Beggars, spits venomous fire over the already scorching track. Through their creative versatility, the prolific Foreign Beggars have cemented their status as one of the UKs most promising electronic crossover acts. The success of their most recent album, The Uprising propelled them to a massive tour of the UK and North America. Scene stalwarts BAR9 come correct on their remix with their trademark style that has made them so vital in the rise of dubstep, and rising star xKore makes his second appearance on Never Say Die Records with his furious drumstep / electro hybrid.