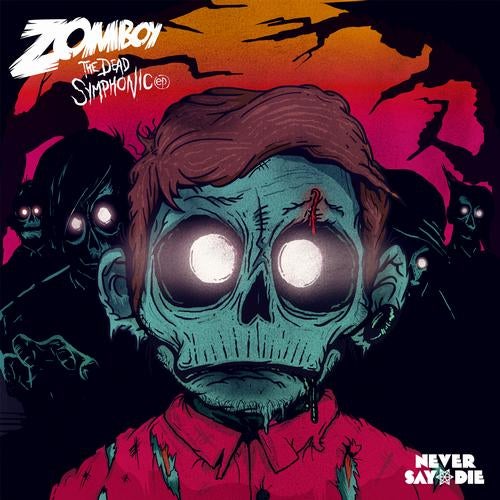 One year on from his seminal debut, the undead returns for his sophomore extended player.And what a year its been for 23-year-old Joshua Mellody. Having only made his first piece of electronic music six months prior to signing to Never Say Die, Zomboy has well and truly been thrown in at the deep end, and straight onto festival stages worldwide. Remixes for DJ Fresh, Skrillex, Flux Pavilion and Hadouken! have kept the hoards of fans (90,000 and counting) at bay, but the time has come for the follow up E.P of the year.The Dead Symphonic is a snapshot of a producer who is developing his palette at an alarming rate. No tempo is left uncovered as the EP twists and turns through hands-in-the-air drumstep, daft punkesque electro, orchestral interludes and of course, the sonically perfected dubstep for which he has become so well known for.