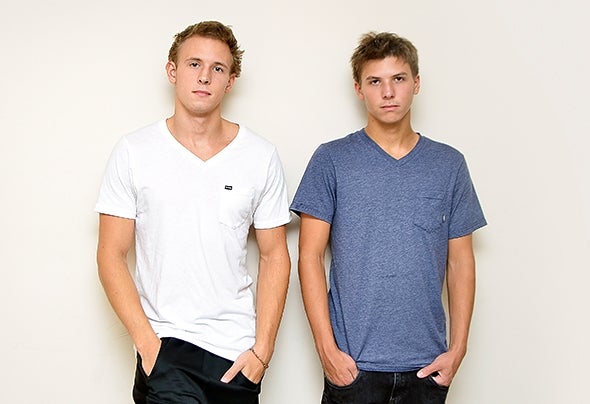 The New Jersey based Synchronice duo began producing two years ago and have already garnered several notable accomplishments, having shared the stage with artists like Dillon Francis, Above & Beyond, Mt. Eden, and Dada Life. Their first release, "Lights Out" entered at #12 on Beatport and remained in the Top 100 for several weeks. Since then they've consistently been making appearances in the Top 100 singles and releases charts in multiple genres. They have also been commissioned on official remixes for the likes of Dirtyphonics, Rednek, and Messinian. Their tracks can be heard in some of the largest and most influential clubs in the world, including the legendary Ministry Of Sound. The brothers have proven their ability to produce numerous genres, combining hard Electro elements with Progressive House melodies, or Drum & Bass grit with Moombahton groove. Their productions have gained the support of Datsik, Far Too Loud, xKore, Lazy Rich, Helicopter Showdown, Dirtyloud, Going Quantum, 3LAU, and many more. With their unique and dynamic sound, Synchronice will be a force to reckon with.