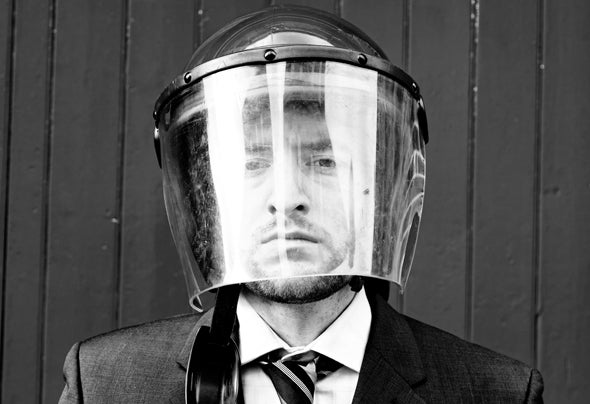 London-based producer, top 10 Beatport DJ and live performer RuN RiOT is one of the UK's most exciting and fastest growing dance acts. Winner of Best New Producer at the International Breakbeat Awards, his unique peak-time sound combining all things Dubstep, Big Beat and Breaks has been met with widespread acclaim. With previous releases on Distinctive, Play Me and his own label We Are Live, RuN RiOT is now signed to the legendary south coast label Skint Records. RuN RiOT’s debut EP named 'Lose Yourself' hit the top 10 in both the DMC & Cool Cuts charts and featured heavily in the latest Need For Speed and Ridge Racer games (including the global trailer), clocking up over a million plays on YouTube. His follow​-up Kill Them EP, featuring​ Doll (ex-Doll and the Kicks) and Benji Webbe of Skindred, gained national UK radio support from the likes of Skream & Benga, Annie Nightingale and Eddy Temple-Morris, as well as heavyweight club DJs Doctor P, Crookers and Noisia. As a regular on the UK festival circuit RuN RiOT's energetic live show has appeared on stages across the country, including Bestival and Wireless. His unique, eye-catching one man band approach, jumping from synth to drum machine to laptop in the blink of an eye, connects with fans of all kinds of live music. With iDJ and Mixmag labelling his material as "highly original", "barnstorming" and "superb", trackitdown say "expect big things from this young producer".