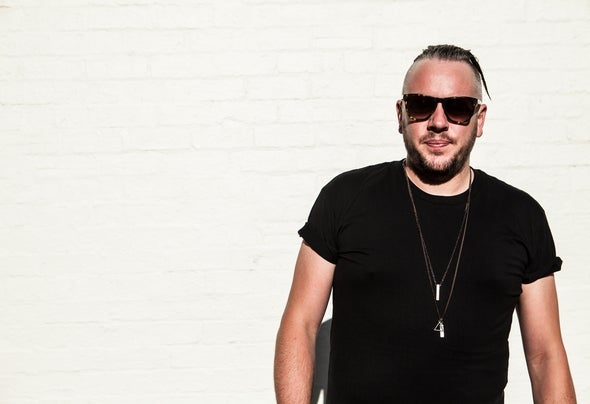 Tom Evans is the talented local jock from Melbourne, Australia.Tom has been masquerading in a bloated stupor in a Machiavellian masterstroke for the best part of 10 years, disguising his understated technical genius by boozing until the wee hours of the morning with punters and promoters alike, endearing himself to the masses, propagating a cult following and subsequently performing at most of the local clubs, festivals, backwater bars and bikie haunts in Melbourne. Throughout his stellar turntable tenure, his unprecedented talent and skill behind the decks, and eclectic track selection has led to play at every major electronic music festival to grace the state of Victoria, as well as being a feature at the hugely successful Likes Of You parties. He has been on the bill alongside every international known to man and a resident at every club in Melbourne that one would desire to have.Tom has an a appreciation for a wide variety of genres with a preference and appreciation for more melodic sounds in House & Techno.With originals and remixes across some of the finest labels in House music, Cr2 and Bunny Tiger to name a few with his latest release 'About A Place' on his own imprint Valiant Records hitting #1 on the ARIA Club Chart.Tom is one half of duo ‘The Journey” which were nominated for The Age Music Awards – Best Electronic Act along side, Client Liaison, Harvey Sutherland, Dom Dolla and KLLO. Armed with charisma reserved for genuine knockabout blokes and along with his prodigious talent, Tom finds himself in the enviable position of being booked up to six months ahead of schedule.Now that you have got to know Tom in the best part of three hundred and fifty words, reward yourself and Google him today.