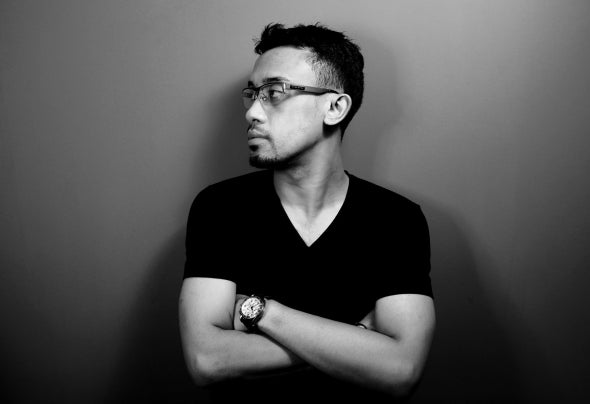 Being a self-taught, Nyl has developed his own style of house genre.As he described the style is of the infusion of sexy funk vibes, sleek minimal sounds,electro and rich, thumping techno digitalism, minimal, electro and sexy house vibes.His fast-paced and steady career continues and proved to be fruitful when he performed at big gigs with world class DJs - Ellen Allien (GER), Riva Starr (UK), Yousef (UK) Emily Scott (AUS) and his most memorable experience is the crazy 2-hour set he played alongside with Jason Phats – of the iconic Phats and Small - for the KL leg of the series of Freedom parties in August 2009.As Nyl’s popularity continues to quickly gained it’s momentum, his passion and hard work is paid-off when he recently won the Best House Music DJ & Best Resident DJ for the 2012 Choons Award Malaysia with his original track titled “Deeptyc” being selected and won a place as one of the Top 12 Producers this year.Adding on to the past achievements, he could not be more proud when his very first original track - “Kalu” was selected earlier in 2011 and was also among the Top 12 Producers for Choons Awards 2011.These achievements helped elevate his level of confidence, further encouraging him to produce more tracks and with the full support from family and friends, Nyl signed up with a local recording label. Nyl original tracks – “Summore” and “Heyaa” & mix tracks “Maowekah” and “Play That Music” (original mix by DJ Hightech) were among the Best-Selling tracks on Beatport, has also gained the No. 1 DJ Chart under Pixelated Waves record label for at least 2 months.A down-to-earth, soft-spoken and yet energetic, are words best describe Nyl’s personality.