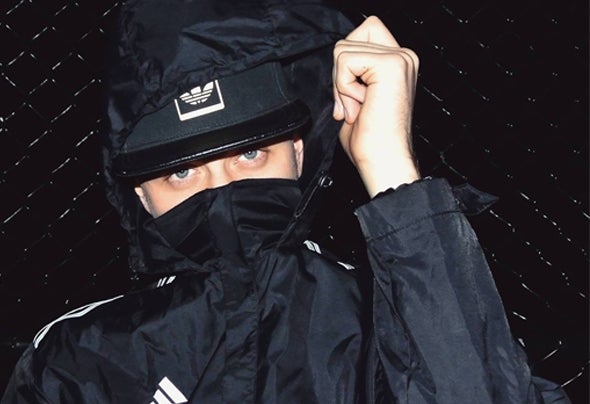 Vengeance is a Sydney DJ, producer and grinning horseman of the acid-rave apocalypse. With 4 years of high-profile club and festival shows behind him and a slew of in-demand international remixes both past and pending, Vengeance has left an indelible mark on the global geography of clubland. His tracks are trusty time-bombs in the record-bags of such dance luminaries as Chuckie, Madeon, Porter Robinson, Pendulum, Nick Thayer, Far Too Loud, Gigi Barocco, Lazy Rich, Lucky Date, Rico Tubbs and Plump DJs. Combining a whirlwind of storming beats, searing techno synths and cataclysmic sirens with moments of stratospheric post-coital melody, Vengeance’s music is lighting an uncontrollable fire on the EDM scene and his career continues on a soaring trajectory that is thrilling to watch.The ignition point in this career truly hit when the Vengeance remix of ‘Forever Techno’ by Controls reached #34 on the Beatport charts - and Porter Robinson subsequently added the track to his Top 10 Beatport chart. A flood of remix requests from around the world naturally followed, and with only 24 hours in the day, most of these had to be denied simply due to time constraints. But the door was now open for a string of high-profile collaborations and releases, and so Vengeance began clawing his way up the marble facade of the EDM pantheon.His ‘3 Days’ EP entered the Beatport Top 100 with remixes courtesy of Electrixx and Darth & Vader, with the original perching at the lofty height of #19 in UK’s Music Week Top 100. His remix of Lucky Date’s ‘I Want You’ reached #42 on Beatport through Big Fish Recordings. The Vengeance remix of ‘Song 2’ by Blur has found its way into the high-profile celebrity DJ sets of The Black Eyed Peas Will.I.Am – a massive coup. Other remixes for Klub Kids, Central Station records and some huge collaborations looming on the horizon, with a Le Castle Vania remix, a Wax Motif remix (on Onelove) and a few that have to remain secret all set to shake the foundations of nightclubs the world over. As a performer and architect of rave retribution, Vengeance reaches into a bottomless bag of unique edits and remixes to weave an inherently original and truly memorable DJ set. He’s played at almost every major festival in Australia; Parklife, Future Music Festival, Stereosonic, and featured as headline support for Knife Party, Boys Noize, Steve Aoki, Porter Robinson, Flux Pavilion, Kill The Noise, Zane Lowe, Jack Beat, among others. Vengeance also supported Skrillex across the entirety of his Sydney club shows, crossing off a formidable list of some of the most exciting stages and highest-profile events in recent memory.Vengeance is being added to lineups alongside meteoric acts, his original tracks are laying waste to dance floors worldwide and the vibe on his collaborations and remixes has reached boiling point. The future is blindingly bright for this premier harbinger of rave revolution.