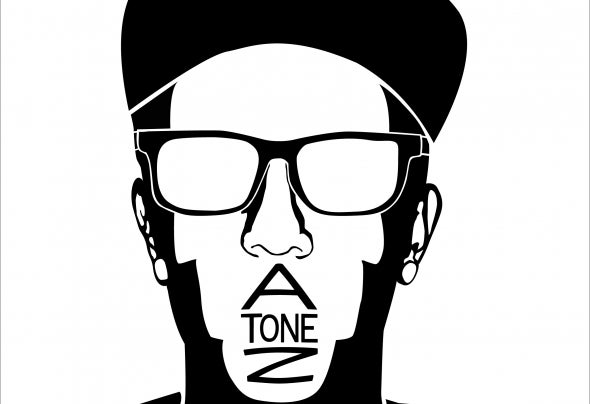 Starting his career on the south coast of Australia, A-Tonez learnt to read a crowd at a very young age. While most 14 year olds were kicking cans, this one managed to talk his way into a residency at Batemans Bay Hotel with nothing more than a permission slip from his Dad and a handful of CDs. Since moving to Sydney 5 years ago, he has become a weekly resident at the coveted Chinese Laundry as well as playing a host of shows in many other cities around Aus & NZ.A-Tonez is well known for his party rocking style with the versatility to spin anything from Hip Hop through to Banging Electro Sets and is becoming well known for his energetic Trap & DnB styles.. He also sets himself apart from the rest with his turntablist showmanship where he combines scratching & sampling alongside his bad as tunes. 2012 was a massive year for this young Sydney sider, bringing A- Tonez to mix and release his first major Bass compilation with OneLove Australia titled "Bass Xplosion” also showcasing 2 remixes and his first Original production.His energy on stage is infectious and really shines through his performances. His style has seen him play at many of the biggest festivals including Good vibrations, Parklife, Stereosonic, Future Music, Creamfields, & Foreshore just to name a few. The last 12 years have been amazing and 2013 is proving to be the busiest & most epic yet