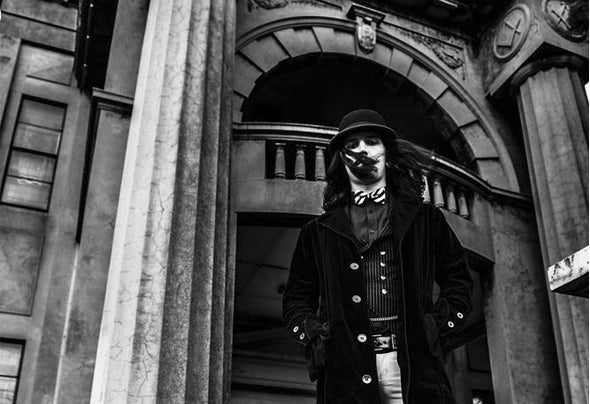 There is no denying the eclectic yet dominant passion that projects from the sound changing production and DJ sets delivered by Mike Metro. Anchoring from the strong dynamic of house music and it's dissected body of tech house, he takes the reigns as the peachy dance music figure that he so surely is. With an enviable load of musical stamina fused with an inspired deluge of blues and jazz hues, his music is set to soar as an asset to the cults of le discothèque.Since 2009, Mike Metro came to excitable terms with the fact that music was his hailing and that’s exactly where he would dwell. Scoping out a grandiose house sound that would generate a mile’s worth of interest from clubbers city wide, Mike’s eccentric, stereotype breaking magnetism and mysterious notions carve the upmost anticipation for this unruly artist! Inspired by the unique sounds of Eats Everything, Duke Dumont, Oliver $ and local figures T-Rek and Nick Coleman, he charges the wicked union between himself and his music obvious by the demand for him as an emerging house music artist.Carrying an arrangement of record label signings from Downright (Ministry of Sound), Bush Records and Jump To This (as well as his own label "Say Wat"), it’s an incredible feat for this artist, riding the foreseeable success that comes with growth of an extraordinary producer. Taking original tracks to charts and official remixes to DJ’s music collections, not only has generated an aptly coveted spot in the industry, but within the eyes and ears of many individual artists in Australia and off shore. Northbrook's Nick Coleman and a parade of fellow industry professionals noting- “Anyone can be a producer these days but only a handful have the talent, the work ethic and a musical brain to make an impact in the dance industry. Metro is one of them. His productions are musically stylish and are mature beyond his age and his DJ sets are no different.”As an artist gaining significant underground success like house music’s original reputation, Mike Metro prides an amazing weld of house and tech house, basking it in a reel of soul enticing energy. Hitting the clubs with a vengeance it's without a lie that gigs like those at Melbourne’s Revolver, Tramp and Circus are always an adventure, taking besotted followers on a musical outing absolutely every time. It’s these class gigs plus those in Sydney, Adelaide, Gold Coast and Canberra that have taken Mike Metro from the clubs to the masses. Featuring stellar sets at Creamfields Australia, Summadayze and Future Music Festival, he has shared tour runs with heavyweights Laidback Luke, Switch (Major Lazer), Claude Vonstroke and Knife Party.“Fly productions, fly DJ sets and a fly top hat. Metro’s got all the ingredients to make you shake your ass”, fellow Australian artists Peking DuK nail it with words. Take this DJ and producer, mix a melting combination of the superior sounds residing in Mike Metro’s enviable music collection and embark on the road trip to drive you forever.