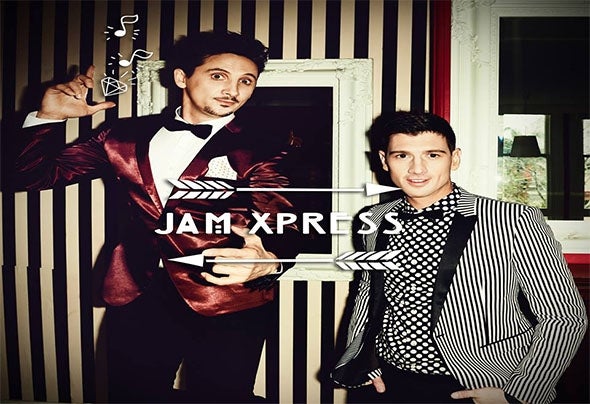 Jam Xpress All Aboard!! The Australian based Jam Xpress project, comprised of Melbourne producer DJ’s Andy Murphy & DJ Jorj, is growing from strength to strength, steadily carving out a corner of the Australian dance scene as purveyors of big room, super disco & new wave influenced club music that crosses all genre boundaries. In 2011 Jam Xpress found succes with "Got Cha Feeling” featuring Dennis Dowlut, and the Aria Chart #3 "I'm Free" featuring the vocal of Sean Declase, both slamming disco bangers that have laid the foundation for their latest offerings. The Jam Xpress recipe for success has now been infused with a tasty new ingredient and a healthy dose of X-factor, adding the talents of double ARIA award winning singer, songwriter & newly found frontman, Seany B to the mix for their latest offering- EVERYBODY GET UP (Onelove).WIth 4 weeks at #1 on the aria club chart and the biggest summer anthem to boot , 2012 is off to a huge start. Now, with a main room monster up their sleeve and a live show ready to rock the multitudes- Jam Xpress & Seany B are gearing up to show the nation why Melbourne party boys are a force to be reckoned with!