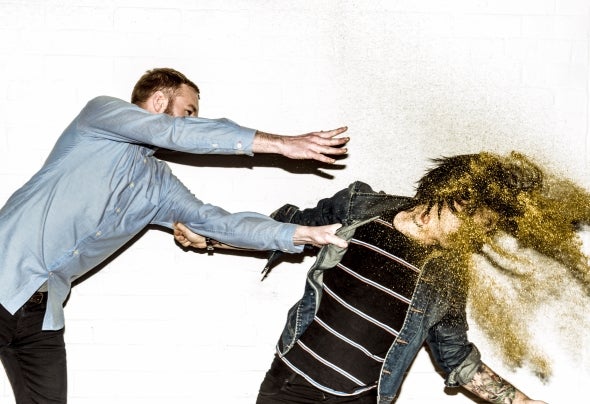 Australian production/DJ duo THE ONLY is Shawn Naderi & Jeff Drake. Obsessed with making dance-floor music, THE ONLY jumped into the world of EDM after their chance meeting in the infamous Sydney nightspot Chinese Laundry. In a few short years the duo has had their productions supported by artists as diverse as Tiesto, Steve Aoki, Bingo Players, TJR, Chuckie and The Bloody Beetroots and many more.Their debut single ‘The Only F*cking Rave Party’ became a cult hit in Australia and was supported by Steve Aoki who included it on his ‘Sessions’ mix CD and recruited THE ONLY to remix GTronic for his infamous Dim Mak record label.Amidst a string of remixes their next key release was ‘Drag Me Down’. This indie dance crossover saw THE ONLY gain the attention of major radio station Triple J who added the song to high rotation. Their follow up single ‘Looking Back’ was equally well received and saw THE ONLY earn their first ever Official Australian club chart #1.As one of the most exciting emerging electronic acts in Australia THE ONLY earned places on leading festivals such as Big Day Out, Splendour In The Grass, Field Day, Groovin The Moo & Foreshore Festival as well as regularly headline leading venues across the country.In the late half of 2013 THE ONLY made one of their strongest works to date which marked their first significant step towards an international breakthrough with a remix for Australian hero Flume's dance project What So Not which was released on Skrillex's OWSLA label.And now 2014 has started with a bang! THE ONLY have collaborated with ‘Flute’ legends New World Sound; their signature bigroom bounce remix of Joel Fletcher & Savage - 'Swing’ has gained support from the likes of TJR and VINAI; and their club focused remix of indie pop song Peking Duk – ‘High’ has earned 100,000+ soundcloud spins.