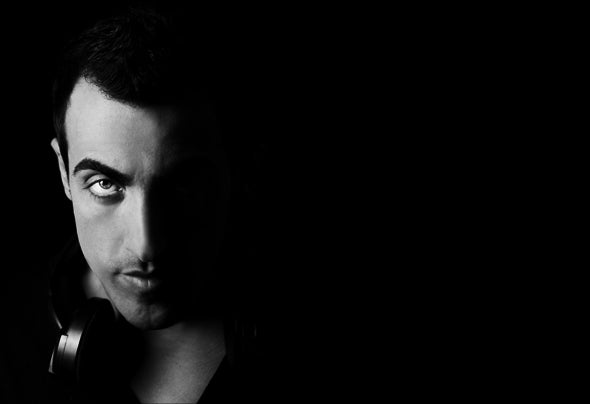 Music is the blood that drains his veins and the oxygen that fills his lungs, playing the clubs and producing in the studio. His beats give pure energy to a worldwide crowd. Welcome to Christian Arenas universe!. Barcelona based, Christian Arenas started very young to show great interest in music, technology and computers and how the music could be done on these 80's dear machines. From the first trackers to current sequencers he always tried to do his best channeling his feelings with melodies, kick drums or any twisted sound that makes people going nuts.In second half of 90's Christian started to release his first tracks for the spanish dance scene taking part in a lot of compilations and working in some radio stations like Flaix FM, a well know dance radio station in Catalonia where he was able to share rewarding great experiences with some of the best producers and Dj's of the worldwide club scene. In early 00's Christian was nominated as 'Best Dj Newcommer' and "Best Dance Song' for Deejay Mag and DJ1 Mag spanish awards respectively. Started to dj around Catalonia, Spain and Ibiza highlighting the "Megaplec Dance" a great international festival from Barcelona City taking part in the last edition in 2003. After he still rocking the most important places and beach clubs of his city.He gets enough time in the studio, so when he dj, uses to perform organic sets where he tests his own tracks out to see how they work in the dancefloor, it helps him to keep his edge: "it's a cool way to stay connected with clubbers". His sharp and effective sets with his high octane energetic style keeps the crowd dancing, jumping and screaming to finish really late.His infectious vision for music and his cutting-edge style has placed Christian behind many peaktime tracks like the floorfiller "Feel The Night" featuring Tania Mashay on Starlight Music (2010) rocking charts and peaking at #1 on Beatport for several weeks and remixed by acclaimed producers like Aki Bergen and David Jones. He have got a huge support from many dj's and producers worldwide like Matt Darey, Sasha, Roger Sanchez, Tom Middleton, Mark Knight, etc "this crazy feedback fills me up to do my best".In early 2011 the ball started rolling faster, Christian joined Selekted Music to release “After Storm”, an energetic house progressive track supported by artists like Dj Chuckie, Melvin Reese, Corey Gibbons, Stuart Millar (BBC Radio 1), among others... In the second half of 2011, Christian joined forces again with one of his best vocalists, Tania Mashay, to release on the well know label ‘Starlight Music’, the follow up of "Feel The Night": "Music Is What Life Sounds Like" peaked quickly on the Beatport Top100 Progressive House Chart (ranked #63) and remained on top charts for a month. At the end of the year and in early 2012, Christian started working with a great dutch label: "Housepital Records", new crazy singles and remixes are being released under this label for a promising 2012. Christian Arenas stills working hard in his studio to produce new bangers. Like he says "keeping up the good work sets the tone for things to come".