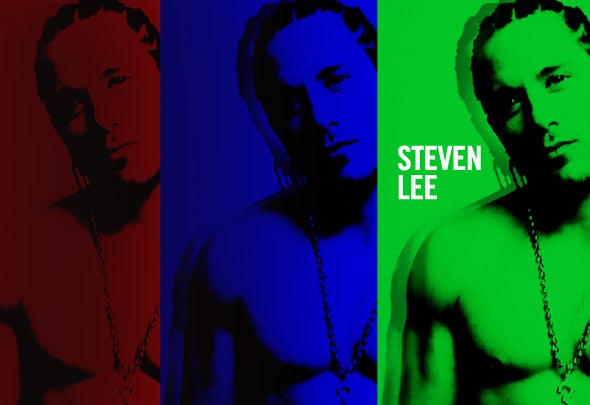 “Give Steven Lee 5 minutes and he’ll have the place upside down…..” (World Famous “GURU DISCO”-VALENCIA, SPAIN) Sort of how it’s been for this NYC youngster. One half of the massive Lee-Cabrera team who’s 2004 “Shake It” record sought record of the year honors and champed a #10 National Pop Chart Selection with “Shake It” (Move a Little Closer). Signed with Ministry of Sound world-wide and a regular on Pete Tong’s Essential Selection Steven Lee (Lee-Cabrera) in his short 4 years has tasted about all this business can offer. With regular visits every weekend to Spain, Russia, Australia, China (to name a few) and a partnership with the infamous and now back again Strictly Rhythm records Mr. Lee aims high for the future. Now on his own and taking a hiatus from the Lee-Cabrera name Steven Lee is finding his own creative ear in the studio both solo and together with other top artists in the industry. “Seems like yesterday it was “Shake It”, now 4 years later and touring all over the planet its time to get back in the studio and achieving even bigger things on my own, Lee explains.” While getting his first taste in the business at the infamous Strictly Rhythm it wasn’t long before Mr. Lee found himself a home with the label both as a DJ mixing their famous compilations but also as a signed artist at SR with the legendary Albert Cabrera forming the Lee Cabrera tag. “X surly marked the spot” with these two producers, as their first project “Reach” Lil Mo Yin Yang the remake from house dons Louie Vega and Erick Morillo was one of the biggest records in 2002. A short year later came Steven Lee’s first original production with Lee Cabrera “Shake It” (Move A Little Closer) a 2004 bomb still recognized as one of the biggest records in dance music today. Its classic piano hook and ridiculous energy seemed to bring the ‘twist back in the hips’ of all club goers. Licensed to over 15 different territories across the globe and to over 50 compilations “Shake It” was even awarded the honors at the World Music Awards as it was licensed for their theme song in 2004. From there the work just continued with follow up’s like “Special”, Phase 2 “Voodoo Love”, Exhibit A “G-Minor” and “I Watch You” for Ministry of Sound. “Turning The Page in 2008” as he calls it, Steven Lee lives in the studio these days, signing his latest 5 singles to premiere European labels. “Exit Row” & “Me, You & Space” (a monster that attracted over 7000 hits in 3 days on his MySpace page) see’s light with infamous CR2 Records, while “Bulk Head” & “Tray Tables” are forthcoming on London based Whoop, and a 2008 remake of Asia “Heat of the Moment” that has ‘crossover’ written all over it has just been signed to the infamous PACHA brand label. Now being signed with CR2 whom Lee feels is the best fit for what he’s doing artistically allows him to focus mainly on making the music. “CR2 is proven proof. They like the stuff in the street and they have the weight to make a Hit an even bigger Hit which is right where my heads at”. With successful original work comes even more successful remix work. Steven Lee has seen over 40 remixes to date with records like “My Time”- Crystal Waters, “It’s Up To You” - Layo & Bushwacka, “Safe From Harm” - Narcotic Thrust, “Stars”-Morjack, “Rosa Blu”-Planet Funk, “Plastic Dreams” Jaydee, “Bang Bang”- feat Nancy Sinatra Audio Bulleys, “Big Love”- Pete Heller, “The Rub”- Kurd Maverick, “Fly Life”-Basement Jaxx, “Mothership”-ATFC and “Not Enough”- Roger Sanchez. Notorious for his ‘on the fly & risk taking’ style of Djing, Lee has found himself at the forefront of some of the biggest clubs in the world and a feature on many YouTube links. His infectious technical and stand out style has earned him the nickname “Baby Morillo” by many of his followers. “I consider myself a better DJ than I am a producer, I love the big show and love twisting a few thousand people up in knots while kissing them all at the same time”. “It’s my job to make em dance and I like to think there’s always going to be a party when I’m at the helm”. Stay Tuned!