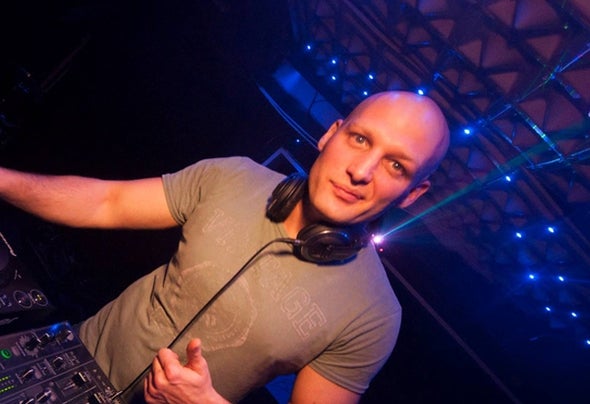 Peter Puskas AKA DJ Pushee from Hungary is fast becoming a well respected and renowned DJ in Dublin Fair City! .From a young age Peter had a keen interest in music and was very much influenced by musicians like Chus & Ceballos, John Digweed, John creamer & stephan K.Peters love of music and obvious talent to remix and play crowd pleasing sets time and time again was very evident from a young age. Peter went on to become a very well respected and renowned DJ in his hometown and surrounding villages in Hungary.In 2005 Peter / aka DJ Pushee moved to Dublin Ireland were he continued to pursue his interests in music. Over the course of the next year Peter played in countless house party's experimenting with different styles of music and developed and unique mixing technique that landed him as DJ at Traffic night club.Since then Peter has played at countless clubs and venues all over Dublin and Ireland such as Spirit, Tripod, Button Factory, Andrews Lane Teater, T hink T hank, Dragon, Biddy Barnets, Kitchen, Code 23, Jack In The Box, Docked On The Loka Boat, Turks-head. Laffayette, Q-bar and many more...Pushee has also play with renowned DJ's such as Danny Alonso, Fernando Mass, Richard Scholtz, Alex Di Stefano. Angello mike. Rodolfo Bravat, Adam Watts, Lee Harris, Chriss Ronson, Paddy Scahill, David Delavera, Sam Divine and many more...Pushee earned his nickname from pushing the limits of the underground house and the tech house scene to new levels, setting the bench for other up and coming DJ's in Dublin Fair City.Currently and over the passed six months Peter is following his ambitions to produce music and has already had a lot of interest.Pushee's unique style and technique for mixing and making music along with his fast growing audience suggests that Pushee will be pushing the limits and setting new bench marks for the foreseeable future.DJ Pushee, Pushing The Limits !