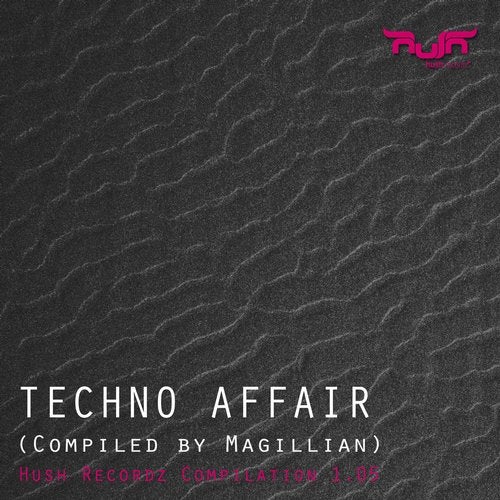 We continue our journey of musical excavation into the best of underground House & Techno grooves, with the 5th installment of the Affair Compilation series compiled by Hush Recordz head honcho, Magillian.

Hailing from Estoril Coast, he is one of the most widely recognized portuguese house and techno names. Musically speaking, Magillian has worked with a variety of respected labels on scene, from early remixes on Bush Records, Go Deeva, Freshin, KULT, Family Grooves, Baroque and Hush Recordz, the release of his own label 'Musica Gourmet, ' in 2014 and most recently his collaborations with partner in crime eRI2 on Veerus & Maxie Devine - Le Club Records, Monique Musique, Nite Grooves, Street King, Perlekind Records and Comade Music. Magillian continues to build upon a legacy as one of portuguese finest underground house exports. On Techno Affair, once again you can find a impressive selection of tracks based on his unique A&R policy and DJ intuition. 100 %% Must have Album for fans in Genre.