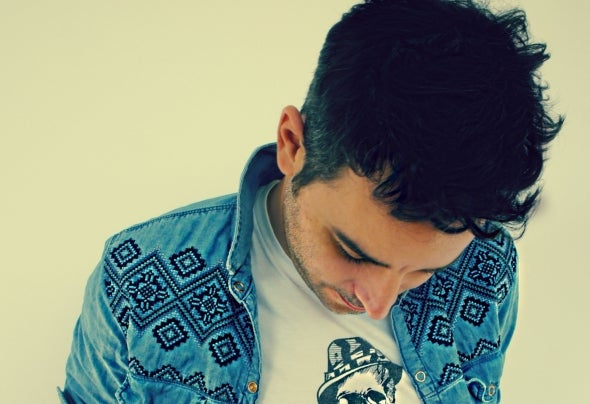 More than a DJ/producer/artist/label owner/ Alex (Lex) of Athens Greece, represents a way of life that embraces innovation, evolution and communionthrough sound. Lex is one of these rare artists – perhaps even the epitome of this way of life. Through his studio collaborations, club events with the MOVE parties, former record shop owner and co-piloting the Quantized music label - Alex has been bringing together audiences and sounds from formerly unconnected worlds.When Lex was only 25 years old, he took over the Radical Soundz record shop in Athens that he had been frequenting since he was just 19 years of age.The shop was known all over Greece for it’s niché for selling underground house, techno, electro and trance music. Through owning and running the shopfor 9 years he was exposed to so much music in the scene – Radical Soundz was a place that brought artists and people together through music.Now today with running the Quantized music label, the MOVE parties and his ownstudio work and productions, Lex is doing the same - colliding worlds through the music and sounds he loves.Lex stands firmly for “quality over quantity”– and that’s exactly the quest of the MOVE project.Along with Lex’s partner Locke (via Berlin), they started MOVE with acommon passion for club culture – the result is the most exclusive and hottest underground movement going off in the Greek underground. The parties are not for the masses rather modern dance music aficionados who receive entry by private invite only, and also featuring guest talents from around the world who are never announced, last but most importantly – the MOVE parties are once a month and only take place in venues with the most pristine sound system. The MOVE project “surprise DJ” roster has included some of the biggest international talents such as: Levon Vincent, Anja Schneider, And.ID, Mike Huckaby, Delano Smith, Sebo K, Matthias Meyer, Ekkohaus, John Dimas, Marc Schneider, Stassy, Siopis and more.Like all great things of merit and credibility, it takes time, effort and talentto craft pieces of work one can be proud of. 2014 is promising to pay off all thehard work– he’s just completed building his own studio that will be the creativehot spot for his upcoming solo projects/releases, along with a fullschedule of gigs in and outside of Greece. Emanating clarity and focus – on both apersonal and musical level – Lexrepresents a new breed of far-sighted talent driving modern electronic dancemusic. He considers the future with confidence and warmly welcomes theopportunities ahead of him. – j. hill, thewritingstudionyc.com © 2014