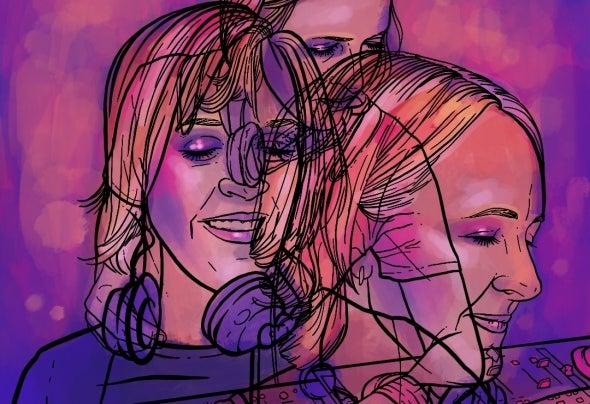 Chanel Cochranes’ raw talent revealed itself from a young age when she first picked up a guitar at the age of 7. Starting off by writing songs and playing to her family and friends, two decades on, she is making waves on the scene as a Producer, DJ, musician and songwriter. Buying her first pair of belt-driven turntables in 2003, Chanel became completely immersed in hours of practice, resulting in quickly winning her first residency in London's Oxford Circus. Firmly establishing herself in London, as her alias DJ Chen, she secured a residency at Gigalum and played at the UK’s most sought after clubs including Ministry of Sound, Pacha and Brixton Academy. She launched and ran the highly-successful “Hiz n' Herz” club nights in London, featuring crowd-drawing names including Jason Hodges, Filth & Splendor, Hoxton Whores, Lady Lea, Guy Herman, Inland Knights, DJ Fresh and Kyle Watson. She’s also featured with some of the biggest and best names in the industry such as Mark Knight, Umek, Wolfgang Gartner, Maxi Jazz, Carl Cox, Mauro Picotto, Judge Jules, Erica Elle, Troydon, Hilton Caswell, Giom, Paul van Dyk, and Defected in da House. In 2008, she made her Ibiza debut for Dirty Dubbin promotions featuring at the legendary Eden and Kanya Bar and a year later played alongside South Africa's finest DJs at dance festival H20, as well as headlining many times at super club Truth. Combining production and Djing, she has been invited to feature on international radio stations including Passion FM, Select UK, Chicago House FM and South Africa's 5FM. Most recently, her perfect articulation of rhythm, sonic qualities of timbre and texture had thousands listening on Hoxton FM and White Label Radio. For Chanel, music is the gateway into the depths of one’s soul, giving her listeners the ability to elicit emotions and physical reactions that they may not have felt without it. “Music bridges that gap between thousands of souls at any given distance and has the power heal”.