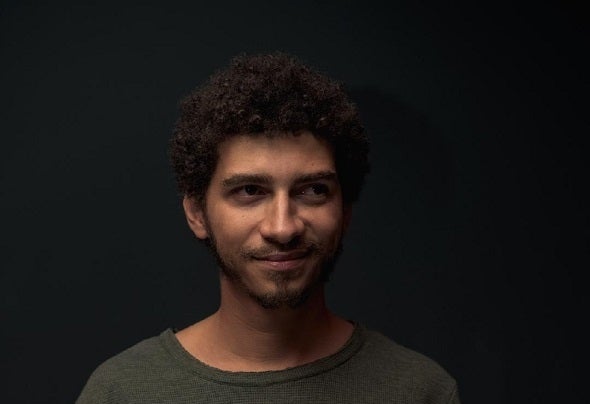 David Perez was born in Vicenza, Italy and thanks to Latin American origins of the mother he got in touch with music and estas in a really young age. When he was sixteen he had his rst experience in a club of his hometown called “Boom”, where they use to play dance and house music, and that was the moment when it all began. He was so much fascinated by the sound and the all atmosphere of the club that he start to deepen his knowledge about. A few years later, thanks to summer jobs, he got his rst console and started to practice and made his own particular sets, always full of rhythm, heavy bass line and black voices. This kind of approach with electronic music allowed him to start playing as a dj in private parties and, soon after, to be notice from the promoters involved in the clubbing scene of Vicenza. Moreover, while David was having his rsts gigs, he never stopped to go dancing in clubs and festival, trying to know about electronic music as much as he can and listening to several djs and different genre of music. For so, with an ever increasing musical baggage, his star to play more frequently in the clubs of his hometown, getting behind the decks of discos like Nord Est, Maxxi, Smallville and Rod’s but never forgetting to play in private party, where he was born as a dj. In 2011, in collaboration with other djs and friends, he built a new electronic dance movement in Vicenza, called BE QUIET, and star playing regularly as a resident dj, opening acts for several famous international guests. For many reasons, BE QUIET parties ended in 2013 but he and another dj member of the staff don’t give up and decided to create a new brand; so, in September 2013, “AREA_the place to be” was born. After those experiences he was looking for something that could bring his passion to an highest level and for that reason his start to produce. Stay tuned and get ready to hear brand new tracks, spacing from House, Tech House and Techno.