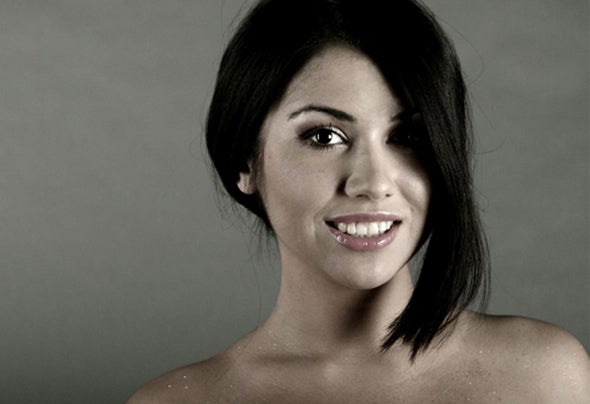 Laura was born in Moscow. She attended high school at the Moscow Conservatory PI Tchaikovsky. Her vocal career started in the jazz-soul style where she found some of her first inspirations. Having graduated from GMU where many Russian pop stars were educated, Laura migrated beyond her jazz roots. Additionally, she holds two other degrees, one in law (MESI) and the other in management (MIFP). In recent years, she has entertained at famous concert halls in Russia and abroad, also performing with musical ensembles. Laura is also a frequent guest on music television. Laura has worked as a songwriter and performer with many artists from Russia, USA and Europe producing various music compilations.. Among the artists she's collaborated with: American record producer Clarence Jey (Emmy Music Award winner) The American group «Outkast» British producer and musician Mark O'koh Alex Lemon (former member of the popular group in Germany, Lemon) R'n'B singer An-ya German producer and composer Mark Tabak singer Lev Leshchenko Singer Constantine Krimsky Group «Moscow Newzz» Group «Earthlings» Austrian funk project SuperMax In 2006, Laura was invited to join the jazz band Laya Bam Band as a soloist of the ensemble. In LBB Laura collaborated with A. Ayvazyan (trumpeter) to deliver unique modern jazz sounds which received early praise from the local music scene. This was a period of experimentation for the two artists, who see the future of music as a deep synthesis of different musical styles from across the world. The band has been invited to speak at metropolitan coterie and abroad. In 2009, Laura began dialogue with some of the most well-known studios in Los Angeles. Shortly after, she took her talents to Los Angeles and begins conceptualizing new musical material in collaboration with American producers and musicians. During her stay in the US, she met with several leaders of the American show business community who were interested in future collaboration in music. Laura Grig is currently involved in a solo vocal house project. She writes songs and collaborates with some of the trendiest DJs, arrangers and musicians around; aspiring to form a team that will bring their style of music to the international stage. In the press, Laura is often called the Russian Barbara Tucker. Laura Grig Vocal House Performance — a combination of a professional jazz-soul vocals, the powerful energy of contemporary club music, live sound and conceptual shou.Kachestvennaya dance music, stylish black vocals, accompanied by bright visual series, takes you to the aesthetics of expensive clubs, private parties, night rhythms of the metropolis and the eternal feast of glamorous resorts Laura Grig Vocal House Perfomance: an explosion of positive emotions, carnival atmosphere and unforgettable lightness of being.