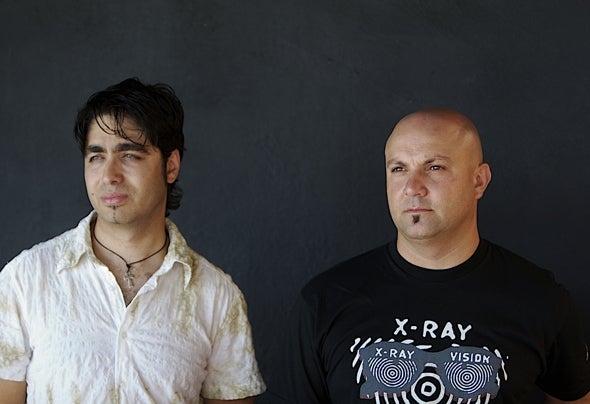 Duo Blank are formed by two experienced dance music producers Edwin Balzan and Frank Cachia (known also as Ed and Frank Blank) based in Malta (Europe). Active since 1998 the duo released various singles and albums in the techno and electronic music genres. Heavily influenced by eighties electronic music the duo boast an elaborate studio (dubbed as Star City) filled with eighties and seventies synthesizers, drum machines, computers and games consoles. in 2012,the duo have embarked on the release of an album (named Propulsion) which contains thirteen tracks crafted carefully based on their techno pop influences, penned by their own lyrics and featuring various singers. Although the duo's focus on techno dance music remains, this album should appeal to a wider audience and will be released alongside a new online and live audio visual project (dubbed Live in Kontrol).