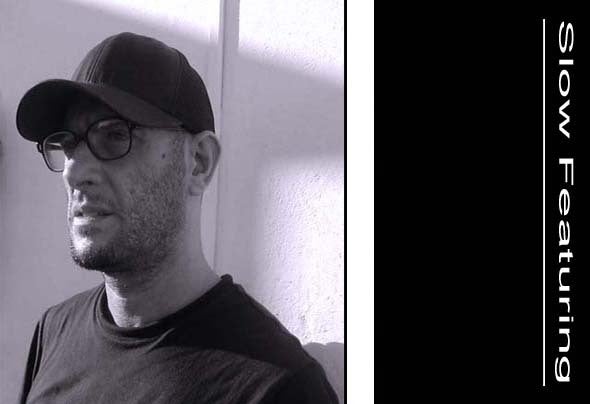 Marco Pollastro aka DjLopo in 1988 as soon as 14 years old takings confidence with the turntables (technics). incisive Moment was the 5 year permanence in the London Town where he was spellbound from the sonorities Jungle and Drum'n'Bass. Come back in Italy give life to the project SLOW FEATURING creating sonority that varies from the Lounge, Chill-out, Downtempo, House, Jungle, Drum'n'bass. Nell 2002 with BASSTATION produce the first individual D'n'B EP on PLEX - RECORDINGS from the title " THE WAY", from here will follow other productions with many collaborations, as "Morning Chant" produced by MANO CALDA Italian label House music, track inserted in the compilation "Release your self 2003" of Roger Sanchez. In 2005 the project lounge-chill out music ORANGE LUNCH, feat Nicola Gatti, has passed on the radio IBIZA GLOBAL RADIO of the white island where, besides playing every summer, he also works as Dj-set in many places. In the 2006 Orange Lunch it is the product from which " Arefatto" and "Before leave" they are inserted in the album "OFFICIAL PRIVILEGE 2007", the other track "Tango" is considered by MTV and it will pass in rotation TV with the video "Tango en 50mm" of Martin Crespo. In 2009 Ibiza Global Radio pass all the time the new productions of DjLopo in collaboration with musicians and, thanks to such passage, "Soft Soul Rmx" inserted in the compilation of SPACE TRANQUIL 2010 Ibiza. ESSENTIAL RECORDS. 2010 see him Dj Resident to the "Sakura Japanese restaurant and cafe" of Liverpool, in November of the same year the CLUBSTAR RECORDS German label insert NATURAL PARADISE in Candle Lounge compiled by Henri Kohn. A career more of 20 years of music that he sees him organizer of events and partecipe in a lot of collaborations and Dj-set.