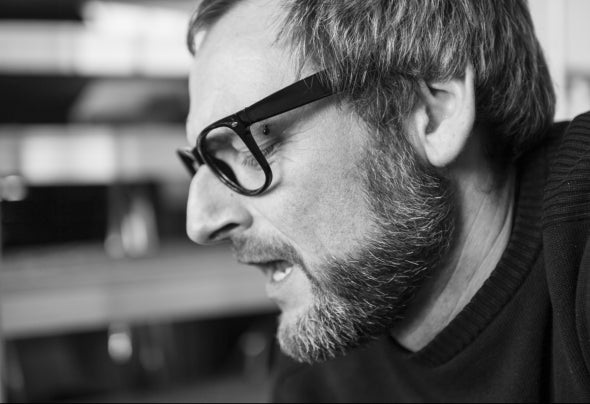 Tino Christiansen, from Hamburg, Germany, started his musical career in 1996 playing guitar in a hardcore/metal combo with some friends (Kevin Hamann from clickclickDecker, J.P.Ladzenski from The Destiny Program) for 3 years. Several gigs, some recordings and releases with "Stained Ground" created the creative foundation for what was to come.While working in public service he got in touch with playing drums and realized that rhythm and beats were of much bigger interest for him than harmonics. When studies and apprenticeships became important it was no longer possible to maintain the band. But creative musical hunger had been unleashed and another way to get satisfied had to be found.St art ing wit h programs like ReBirt h and SF Acid, he took his first steps into electronic music production, but buying a Yamaha RM1X groovebox finally made up his mind. Breakbeats were essentially the first result, but soon he made first contact with the Psychedelic Trance scene. That was the time he met Stefan Witt (m.eigenbau) and Arne Liedtke (Mantik). "TriOptimum" was born, pumping progressive Psy-Trance. A lot of gigs in Northern Germany were performed and some releases at Headroom Records and an EP for the Greek label ZMA Records were made. A really inspiring time, helping each other and learning how to use a sequencer like Cubase VST.In 2003-2004 the varying musical tastes of these three guys drove them more and more apart. Beginning as a side-project, "Morja" now took on more serious form , at the same time, the Psy-Trance era had come to an end.Influences from the past are still noticeable. From 2004-2008 Morja ́s sound made some crazy mutations from technoid psystuff to shaking Electro-House to minimally influenced Tech-House. In 2009 he contributed two tracks to compilations at Planet BEN Records and made some underground remixes. After that in 2010 some personal and job-related situations seemed to stop the creative process. The output was reduced to a minimum, but everything got backt o normal rout ine in 2011.Finally in 2012 t he product ions have grown in qualit y and quantity and the styles have been set: On the one hand smooth Minimal-, Deep- and Tech-House and on the other hand straight and hard techno (when the "dark side overcomes him) - but every track has got his own Morja flair.