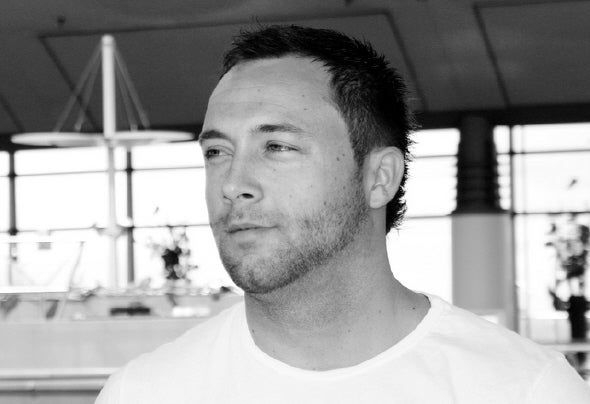 enzmann - The DJ with the different Beat Lenzmann, born in the Ruhr Area but here no longer unknown. He found his home in the house and techno scene. Here he is getting around for years and makes the audience happy with his beats. The sympathetic Tattoo Freak and Comic fan discovers his passion for Vinyls in 2002. However, it should take another 2 years before he was allowed to demonstrate his talent at his first unofficial DJ Gig. As a guest at a party and his records always at hand, he had to stand in for a failed DJ. The proving ground was succsesfull and since than he is on journey with his sound in the clubs. Gigs in Mannheim, Cave Club / Salzburg or Krefeld / Meilenstein followed and in 2009 he was already DJ at the Juicy Beats Festival in Dortmund. In 2010 he played at Ruhr in Love / Oberhausen, Gold Club / Essen or Planet / Bochum. His highlight was his Gig at the Love Parade 2010 on the CUSCUS Float. His style ranges from tech house to techno. Lenzmann is always full throttle, and even with pleasure through the after hour. Not one Foot stucks on the ground – this for sure! His first release, "Bush Beetle" was already published last year on the label, Big Mamas House Rec. At this rate we can expect a lot from him.