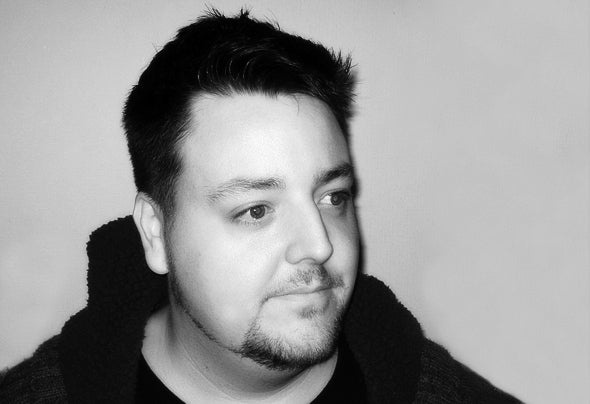 Pete Frost is a record producer and Dj from Southampton, UK. Raised in an artistic family, music naturally became an intrinsic part of Pete’s life from an early age. Electronic music first caught his attention in the late- 90s, and he started DJing in 2004.After developing a more focused interest in house and techno, Pete started Dj’ing for a local promotion called “Stimulate” were he graced venues such as Po Na Na, Bar Blue, EQ and the White House.By the end of 2005 Pete had just finished studying music production at the ACM (Academy Of Contemporary Music, Guildford). This is when he decided to put most of his time in to his production, towards the end of 2006 began building a small studio to produce his own music, which led to his first release called Long Way Down on Facetious Records. In 2009 Rebound was also released on Facetious which was heard on dancefloors around the world.2009 is also the year Pete started his 3 year tour of Greece and surrounding islands where he graced the decks at venues such as Vibes Club, Fishbowl, Central and Oceans to name a few.After spending 3 awesome years in the sun Pete decided to return to the Uk to pursue his career in production.The winter of 2011 is where Pete’s current House Labels were conceived. Born early 2012 Neardusk & Duskstar were created to cater for all shades of house music. Neardusk (Deep, Tech & Minimal House), Duskstar (Prog, Electro & Funky House). In October 2012 Pete has his debut release on Neardusk with “Chunky”(available on Beatport) also consisting of 2 massive remixes it was certain to rock dancefloors worldwide. With new releases every month Neardusk & Duskstar continue to grace the Uk and the rest of the world with house music perfection.2013 is shaping up to be a promising year for Pete, Starting the year with new collaboration projects with “Hawie” focusing mainly on Deep House and being signed to the likes of Blue Dye, Klinik Room and Proton Limited to name a few, Pete is really excited to see what this year will have in store.