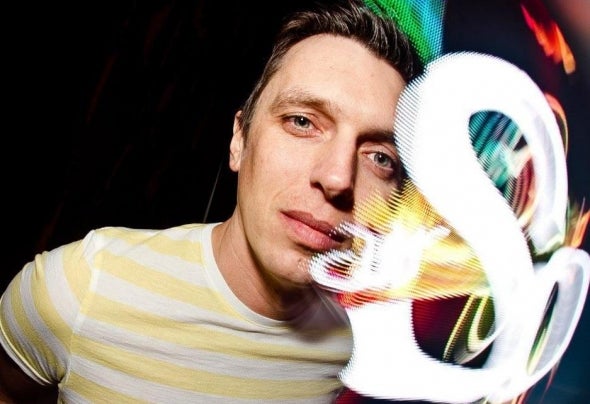 The Past. Tim’s Djing career began 19 years ago filling in for a Miss Moneypenny’s DJ. He later flourished at classic venues such as The Gardening Club and the legendary Madison’s in Bournemouth. With a growing reputation, he went on to play across the UK at The Cross, Peach, Po Na Na, Evolution, Club M, the Tunnel, Roar, Escape, Passion and many more. Tim has rocked huge crowds across the UK at Homelands, VFestival, South Coast Weekender, Wakestock and numerous Slinky Arena Tours. Tim has taken part at Nature One Fest in Germany, MTV/Slinky beach party, Boracay Beach and has just completed a tour of Australia and New Zealand with such names as John Kelly, Leroy Thornhill (Prodigy), Public Enemy, Lee Haslam, Tribe Called Quest, Tripper, B.L.I.M, Sander Kleinenberg and Eric Morillo.The Present Tim regularly plays alongside the biggest names in the industry including Fergie, Tiesto, Judge Jules, Seb Fontaine, John Kelly, Paul Oakenfold, Lisa lashes, Eddie Halliwell, Carl Cox, the list is endless. Even in this exalted company Tim more than holds his own. His musical style incorporates everything from House, Breaks, Progressive, and Techno and beyond, placing him firmly at the cutting edge of today’s DJs.Tim has mixed all the Slinky Albums, which got rave reviews from press and clubbers alike and have sold over 400,000 copies. The last album released in October 2004 saw Tim selected to mix the first CD, which included his own production The Back Breakers and counterpart Dave Lea mixing the second.Over the past few years, Tim has come into his own, travelling the world and spinning all over, places include Finland, Tokyo, Canada, USA, New York, New Orleans, China, Singapore, Australia, Jakarta, New Zealand, Bosnia, Egypt,Brazil and many more.In 2005 Tim took on a new Saturday residencies at the K Bar playing breaks and fat beats, DJed at WakestockE-mailArtist NameBeatport URLDJ Profile URLWebsiteArtist Bio the biggest festival in Wales this year, (which won Best new Festival of 2005) he played with Body Rockers, Layo and Bushwacka, Seb Fontaine, Jon Carter, and Tall Paul to name but a few. Tim is also resident at Product at Stealth, Nottingham with guests Phil K, Blim, JDS, Lee Coombs, Sib Begg among many others and also been playing blinding sets at notable London clubs including The Egg, Studio 33, Soundshaft, The Galley at Turnmills and many moreThe Future... Tim had gigs throughout the summer at Privilege Ibiza, Slinky @ Eden, the Tidy Weekender, and Tim also has also taken his diverse talents once again to Nature One Fest in Germany, as well as his regular slots at super club brand Slinky. Tim’s talents have been clocked by numerous radio shows where he has guest mixed for stations including Fire FM, BPM, and Ministry of Sound Radio.Tim has also been busy back in the studio and has been making tunes under the name Niko & Lyall, & Luckycat and himself which have been getting major feedback from big name djs as well as being feat on the last Ministry of sound Cut Up boys CD, tim has also been in the studio on his own as well and has great feedback from his last Track the Get down you mo fos with play across the world this summer as well as Ibiza. Expect some amazing production coming out over the next year.