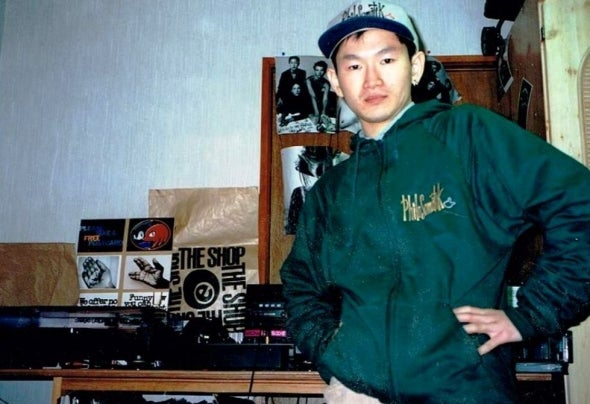 Toru S. (1988-2013 Dec.2nd) http://www.discogs.com/artist/150932-Toru-SToru S. is a hot and fancy Japanese producer, remixer and dj of ”HOUSE MUSIC”. Toru S. started his music life with playing classical guitar at the age of 10 getting the education of his mother who was a professional classical guitarist.And around early 80's his mother has been attracted by jazz drum and this made Toru S. much influenced by those kinds of music. In his collage days Toru was pushed into a member of breakdance circle of the collage and played as a hip hop dj against his will. Someday Toru heard of Satoshi Tomiie who was his contemporary at Waseda Univ. and got famous in the world for his big tune "Tears" with "Godfather of house music" Frankie Knuckles. This took Toru to house music world.In 1988 Toru started producing house tracks and since 1995 he has released officially more than 2000 tracks under the names of "Magic Cucumbers","Tony Van Kamono",“Un 7” and "J5 Eaters" teamed up with Tom Stephan and around 70 aliases.Toru's first release "Questions" was released in 1995 from his own label "Philosomatk Records" which was established with Hiroki Tee in Brooklyn, NY. It got a big reaction from David Mancuso and put on his LOFT chart and also much valued by Danny Tenaglia and Joe Claussell and strongly recommended by his record shop "Dance Tracks". With this first success Toru has released more than 50 titles of 12”singles and EPs from his own label and other labels : Peter Raohifer's Star69 records, Nervous Records, Eightball Records, Junior Boy’s Own and Chumbo Mundo..etc. Outstandingly Toru’s works are very unique and sometimes not easy to be understood by ordinary people just to listen once because they are deep, sexy ,tech, dark, tribal and hard so to speak wide ranged sound. In other words his tracks are easily recognized as Toru S' sound which are very effective especially on the dance floor at the big club. The proof is that they have been played a lot by big name Djs like Tony Humphries, Joe Claussell, X-Press 2, Smokin’ Jo, Pete Heller & Terry Farley, Paul Van Dyke, Tom Stephan, Peter Rauhofer, Danny Tenaglia and Junior Vasquez. Toru S. tracks were fiercely featured in the mix CDs like "Live @ Roxy" mixed by Peter Ruahofer (Star 69 Records) and "Lights Out Vol.2" mixed by Steve Lawler (Global Underground)...etc. Toru S. is also well known for a big lover of Platypus - the most primitive animal still surviving only in Australia..http://www.beatport.com/artist/toru-s/97621 http://www.discogs.com/artist/150932-Toru-S東京在住のHOTでFANCYなハウスミュ