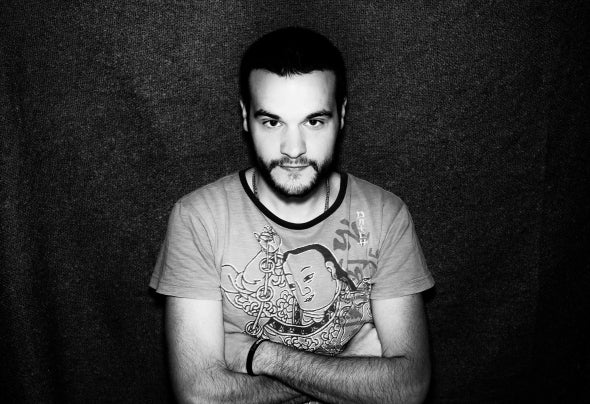 Simone M (Simone Martinelli) born in Tuscany, near Florence, in October 1990. Since his younger age, the music started to catch his mind in it's most varied aspects. Following his older brother's steps, at young age he start to approach the Rock music of the greatest musicians of the past, and that induce him to buy a drum machine, and begin to follow his first music' courses. Some years later, his passion of rock marges with his new passion, that slowly born in the most varios dancefloor in Italy, namely that of DJing. He is fascinated by the figure of the dj that,with his skills, is able to make appasionate people to move and entertain; with time,practice and devotion applied to this discipline, Simone M has the chance to show his skills and his sound during several party ,in Tuscany. Immediately he feel the need to produce, or better, to create music according his conception and tastes. After having followed several specialized courses in Florence, under the guidance of international artists, he starts his first productions. His studio production work led him to create music that as main element, as a good drummer, includes a decided Groove of battery and percussions combined with powerful Bassline, so as to create powerful and energetic grooves in perfect Tech-House and Minimal style, preferring darker sounds and vocals. So slowly and with such humility Simone M began to be know and to carve out space in the word of electronic music production and Record Labels, managing to create several quality releases with various important international Labels, thanks also to the collaboration and support of some artists, as well as his area friends.