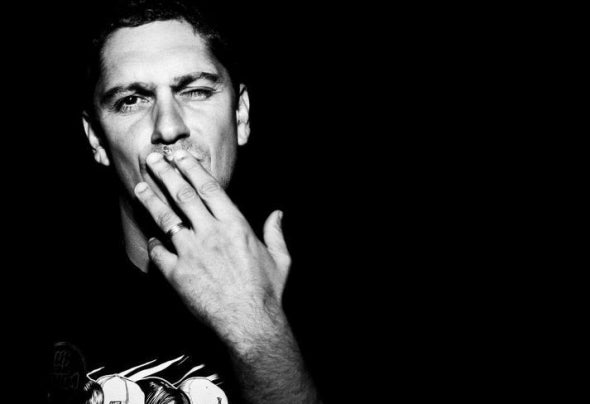 Sébastien TOLLÉ aka Kokaz, in reference to his Armenian origins, is a South of France DJ and producer. Music has always been an integral part of his life. The passion starts at 8 when he is digging in the crates of his father vinyl collection. At 19 he buys his first decks and starts playing tech- house with the Psychotek organization that promotes big techno parties, and edits the Tecky’O magazine at 20 000 copies. During that period he plays with important artists such as Jean Michel Jarre, Laurent Garnier, OXIA, Wally Lopez, Dima, Tom Parris, David Carret a, Ivan Smagghe, Elect ric Indigo and many more. In 2000, his career takes a different turn as he creates with his friend LUCID (now owner of Jungle Juice / Splash in Paris) the Faya Reflex crew that will become very influential on the Drum and Bass scene. From the top of their 23 years of age, they become the best South of France D&B promoters and gain nat ional recognit ion. They are at t hat t ime, ranked within the 10 best French Drum and Bass DJs. He plays with artists such as Mr Scruff, Cause 4 concern, Le Lut in, DJ Cam, Congo Nat t y, Frict ion, J. Magik... They travel all over France, play in big venues (Le Rex Club - Paris, Les Electros d’Uzès Festival, Le Rockstore - Montpellier, Le Cabaret Sauvage - Paris, La Poudrière – Belfort) and in the main French cities : Marseille, T oulouse, Cannes, Nice, Lyon, Paris. 10 years later, he goes back to his first love: tech- house music. He signs his first EP on Similar Records in 2011. Kokaz has a broad interest in all styles of music. He does not restrict his productions in one genre. This definitely leads him to be a successfully completed artist. His productions are rich and broad influenced. His mixes have always been recognized for their technical and delicacy skills.