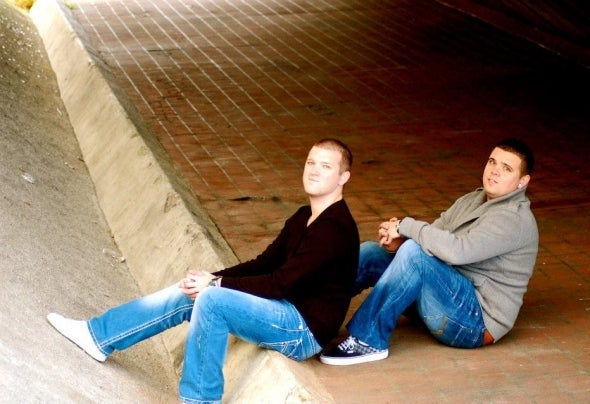 The brothers Dave (’85) and Gary (’88) were quite young when they got interested in music. They first were introduced to music at their cousin’s, who had a DJ set with house vinyl. In the beginning they got instructions from their cousin and 1 year later they had their own DJ set. The music that they played was house music. They wanted to find out where house came from and so they got busy doing their own research. Exploring local vinyl shops in Amsterdam and buying house vinyl to hear and learn from more producers.During that time they listened to big producers like Roger Sanchez, Hollis P Monroe, Jean Jacques Smoothie, Kerri Chandler and Daft Punk.After a couple of years of listening to different styles of house, they had set their heart and sound into 1 style, Techhouse music.In 2003 they had landed their first gig. Their first gigs were in cafes and clubs in Amsterdam and outside.To name a few:-Main room of the Marcanti Amsterdam -Groove to chill with Michel De Hey, Z eeland -TWSTD Cafe,Amsterdam-Holland Casino, Amsterdam-Dream Spinners, AmsterdamIn 2009 the brothers decided to form a DJ group called “Teo Brothers”.In 2010 they got the chance to play at big events and from then on, they got a residency in Rico’s, Ijmuiden. They played alongside Gregor Salto, Brian S, Dennis Ferrer(US), Gene Farris(US), Victor Coral and Ricky Rivaro.The last years they are getting along with Ableton and making house productions in their own style.In 2011 they signed a contract with 7 stars music. Their debut release Teo Brothers – “Summer at the beach” with vocal of Saga Bloom got a lot of very good and positive feedback. They even got a response from their idol DJ/producer Roger Sanchez.3 months later the second release under 7 stars music’s wing was called Teo Brothers – “The Good Days” with remixes of FiguDs and Mickey Destro. This one was a huge success in the summer of 2011. Now the Teo Brothers have releases on: Randall Records(UK), BigGrooveRecords(UK), Kushtee Records(Spain), Transpire Digital(UK), Punky Records, 666 Recordings(Colombia), Maintain Replay Records(Portugal), Dutch Pitch and Vethmusic.Their new release on Vethmusic, 666 Recordings and Transpire Digital was played on Fresh FM by DJ Jurgen. Teo Brothers - Back In Time, Big Room and Dreams!The release on Randall Records was used by Luis Del Villar – Ibiza Sensation podcast as openings track.They also had the honour to make a guestmix of Yassinovich Haw Sessions 2 years anniversary podcast and serveral of there new releases are on complilation cd's like:-Global Tech House Sessions Vol.6 2013-Underground House Sessions vol.1 2013-Best of Punky Records 2012-Fitness Highclass 2012-Bedroom Deep Summer 2011The Teo Brothers had their own radio show on Posh FM in London. It's called "Going House" and they had listeners around the world.Watch out for the Teo Brothers for the releases and upcoming gigs