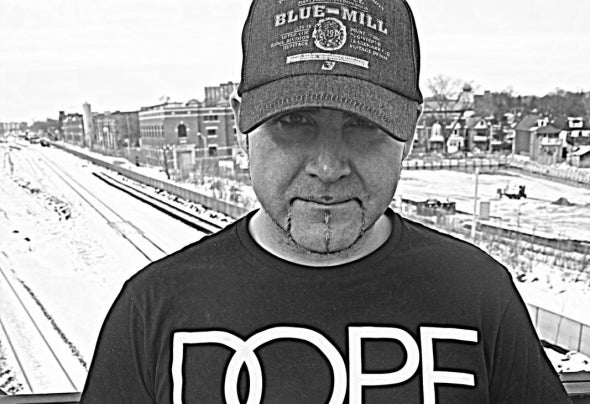 Steve De Francesca’s big bang into music production began evolving as an avenue to birth the feelings evoked after his first experience at a warehouse party and initial connection to electronic music. The vibe, mystique, colourful people with no reservations, and freedom to express were modules which spawned his appetite to create and bring to life this journey of passion with music.Inspired by the darker feel of time and space, De Francesca’s music presents a level of diminution best expressed through audio frequency. Illuminating this intensity through flowing funky grooves, a touch of soul presents itself parallel his charisma; a trait which he says, “Allows his artistry to evoke various levels of emotion within the ears of the receiver”.Stylistically compounding an array of brisk musical influences, Steve combines the brilliance in the acoustics of classic rock, with cavernous melodies of deep house and the driving beats of tech.Adding to the mix a bionic fusion through his flare for funk, with the organic sounds and synthesis of current audio play, Steve De Francesca brings to life colour and flavour to sanction a complete journey into musical bliss.Once a lead singer in the Toronto based rock band Black Heaven, S Def was presented the opportunity to broaden his artistic palette by dabbling in acoustic guitar, piano and also drums. It was this stint of music collabs and entry into the scene that brought fourth the urge to further educate himself in music production, when in 1998 he enrolled in the Trebas Institute of Technology.His edge as a producer lends itself to the fundamental realm of combining an old world mentality of precision with the new world manifestation into technology. Concentrating on the extraction of new sounds from an open bank of genre’s and manipulating a vast array of VST's are two focal points in his craft of artistry.Ahuge supporter of Ableton, S Def says he was “clipped” once he switched over from Cubase.Labels Signed To:SDL recordings (Hanover, Germany), Paranoid Traxx (Hanover , Germany), Grooves Digital Records (Rosario/ Santa Fe, Argentina), Mi Casa Records (Toronto, Canada), Real Tribe Records (Vienna, Austria)Up and Coming Releases:-Just released, "THE DEVIL" and "SPIRITO OSURO"- Real Tribe Records .Austria-Jan 14, 2014, " INFATUATION'- Mi Casa Records. Toronto, Canada-March/April 2014, " FEEL T HE HEAT " - Expanded Records . Lyon, France