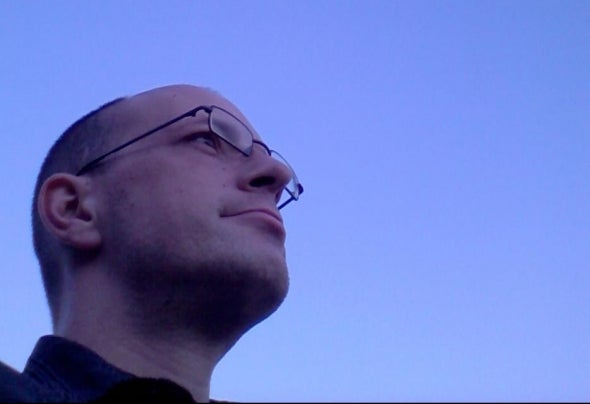 Music has always fascinated Florian. During his childhood he loved to sing in the youth group of the "Blaue Jungs aus Eckernforde", then a few years later, he also sang in the Ansgar gospel choir in Neumunster.In the middle of the 90ths Florian also developed the love to the electronic music. He was particularly influenced by the "BlueBox/Bloer/Polimorf" group around Marc Simon, Mike Reetz and Frank Martinique as well as Ingo (Azzido there bass) and his former class-mate Robert Natus.Of course it was bound to happen: in 1996 he began djing at a club, at that time still hard trance, later then Detroit Techno and House .Later on -during his service for the german armed forces- he changed again to another styles: Minimal Techno und Techhouse. At the end of 1998 Florian started with -not at all professional- music producing. This was at that time, however, rather "for himself" than for any (wide) mass.After the failed attempt with a music café "cafe holstenstrasse 3" and the later breakdown of the artist's group "cafe:satz", Florian pursued a few more years the internet-community "Electronic Beatz Network" which fell victim, however, in december 2007 to a hacker's attack.At this point we have to mention Samiroquai (his partner in the Turntablelism-Act "Pervert Cycles") and echo sounder who are not only were loyal and loyal companions, but also pointed him that the record is round - and a cross-fader is not invincible ;-) Special thanks also go in Hanz S. who struggled with Florian by quite a lot of "fruh:schicht".This throwback and some other health and professional problems were the reason for a longer music-break. Finally, in june 2011, Florian suffered a “burnout”.However, thanksto the burnout-therapy, Florian found slowly back in the life and repositioned himself at least in the musical area anew. It ́s astonishing what you can achieve with a little rhythm in the blood and the right melody in the head.Now he is still producing more professional and he has found is own style: a mixture of deephouse and techtrance. Sounds a little bit like the '90s-trance.