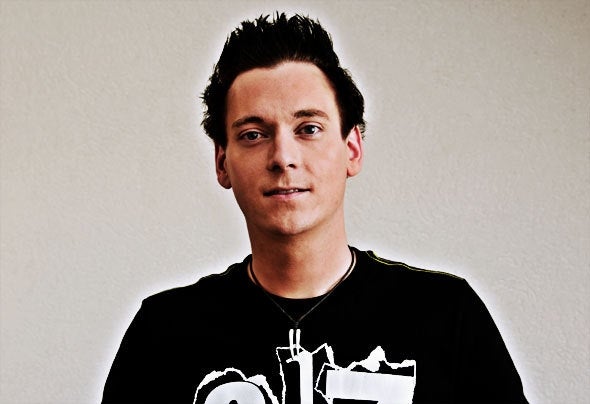 Dan Royal with young 16 years won the 1st contact with the electronic music by the radio transmission at that time "RPR1Maximal". By the fascination of the always new sounds the urge hardened once even before big audience as "a DJ" to be able to play. The necessary money lasted for some time for the equipment to save. The first contact he get on 2 of 1210th of Techniks and of course the original vinyl feeling. With much hard practise he succeeded within the shortest time putting on even with in bringing. Freshness of courage he applied with an organizer "pressure chamber" and was taken up in the team. He played by dimensions like Sasha Ewe and Eric Sneo in the legendary "After Age" parties in the cloister property Gronau. The company foundation did not keep waiting long and still during the Fachabitur's in 2002 he opened with his business partner at that time a disco in Rhineland-Palatinate. The professional Abitur was created and he began an education in the media creator in the field Medienoperating which he for the end in 2006 brought. Unfortunately, the closing of the disco did not have to do which on financial reasons was, unfortunately, do not separate on incidents with indisposed guests long is up to itself wait (2003). Still in the same year he was based a new trade which on the rental company of light equipment and sound equipment had specified as well as the realisation of events. In 2005 he came along full-time independently with the company Repro One in Idstein (till this day). Some years passed (hard work) and the small rental company changed in the company 7-Line which in 2009 by the Endless Summer Open air the big breakthrough created. 7-Line stood on the "Ruhr in Love in Oberhausen (Ger)". Own Floor and of course he himself behind the record plates. Own web radio was founded and the freshly open label "7-Line" and the „B7 Booking & label Agency“ in 2011 was born.