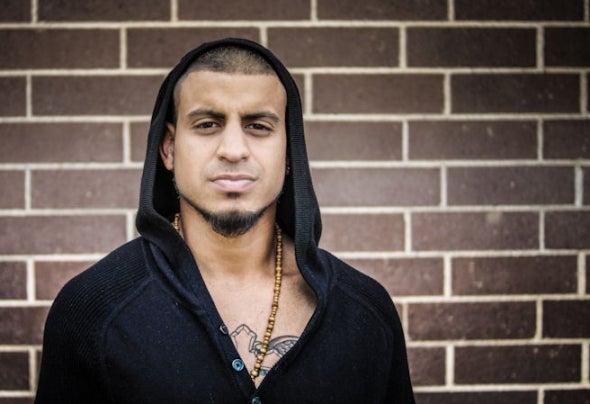 If you personally know Carlos Hernandez then you’ll know where most of his time is spent. Locked down in his studio into the wee hours in the morning behind the keys, he’s constantly pumping out tunes that keep part y’s where t hey’re meant t o be, on t he dance floor. Having made a crossover from hip hop in 2010, you wouldn’t think he’s just getting started in EDM. Having started with a dream fueled by perseverance, determination and passion for music, he’s endlessly proving that with hard work and faith, anything’s possible. Having a slim musical background besides attending Mcnally Smith Music College, his sound is quickly maturing and placing him on the rise. Naturally gifted with a keen sense of quality sound selection, he carefully crafts his work starting with either groovy percussion tracks, or catchy melodies, pairing t hem wit h unique drums and heavy t hrobbing bass lines. For Carlos, music has always been his main form of expression. From his early roots in hip hop to minimal techno, his passage from one genre to the next has helped him develop a unique style that is so original, we couldn’t tell you where his futures lies. Tracks ranging anywhere from deep house to minimal, he has a wide range of style and play. While constantly working on perfecting his sound, he enjoys taking time off the studio to record his dance all night energy packed sets.