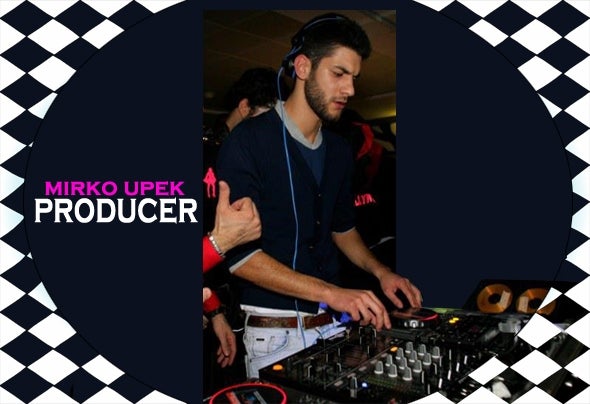 Mirko Pecchia aKa Mirko Upek was born April 4, 1991 in Avellino (Italy). As a boy feeds a certain passion for music. At the age of 10 years, he attended courses battery. Last several years, decided to try some other emotion, and so he started playing the drums, this time alone!Over the years, turning to various local, remains fascinated by the world of house music. Appears for the first time as a vocalist at the 'opening of many clubs' Agronolano. After these experiences, he decided to explore this passion and decided to become a DJ. So he began performing as a guest in locals the Campania, at events such as Halloween, Carnival, New Year, and Week End. Over the years, the road ahead of DJ Mirko Upek began studying digital music, including Cubase, FL Studio and Ableton Live. The music generally taken into account by Mirko Upek are Minimal, Techno, Tech-House.Thanks For Support!!