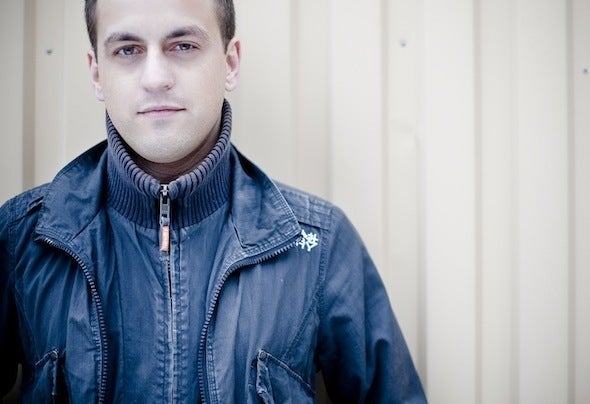 Jürgen was born back in 1981 in countrified Guenzburg, Germany. Even if one could assume at first sight, his last name Semmelmann has nothing to do with the German word "Semmel" (which stands for a bun) or with a bakery. He is interested in music, preferably electronic music and he adds " this is already the end of my stereotyped thinking". With 15 years only he entered a club for the first time during a school excursion and there he listened to the track "Children" by Robert Miles, which promptly aroused his interest for electronic music. "It was a cool, new feeling to be kind of "deflowered" and to feel the vibrations and emotions of electronic music for the first time" and he adds "the following years kind of shaped me culturally as well as regarding my style of music". He did a lot of excursions - first as a normal consumer only - to a lot of different genres of electronic music, like for example Techno, Minimal, Goa, House, Tec.House, "Schranz" (Jürgen laughs) and the distinctive house culture in Germany did the rest. Time after time he went through a lot of experimental phases and did not want to be a consumer only anymore. SchallFusion (engl.: SoundFusion) has been originated by Jürgen A. Semmelmann in 2007 and since that time is responsible for a lot of electronic events in southern Germany. "It has been an awesome time". "I used every location I could get and also remodeled even small cafés to a pulsating dreamland for one night with the help of friends and colleagues." The SchallFusion project developed a lot of events by and by, a lot of cooperations have been concluded througout Germany and Jürgen also contributed to an open air event and he therewith created the electronic szene in the countrified Swabian region really a lot. "Of course there have been also some set-backs" says Jürgen "but the good things predominated during the last years. I had a lot of fun especially with my friends from the projects Rat X, Electroverse and Criminimal from the Hesse region." "People from Hesse simply can party" he adds grining. There will not be any standstill for Jürgen also in the future, he is in a constant process of alteration. Years ago he effectively mixed vinyls into each other, he today surprises with live components in his set at the Crowd Club. "To work live is the future in the club business", he notes. "I also always try that not every crossover sounds the same, party people want to be surprised and that's why I never just stick to one genre only within my sets. I think that variation is extremely important - it is the unexpected that heats the emotions on the dancefloor."