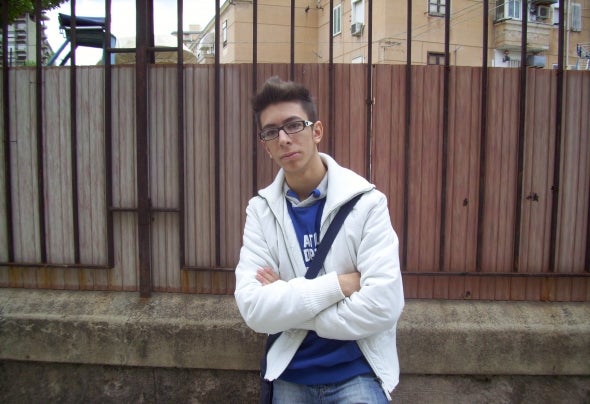 Simone Bertolini was born in 1995 in Palermo.Since he wasa child was interested to the music and and definite to singreceiving a discreet success , and it entered to make part tothe choir of the white voices of the conservatory Bellini ofPalermo.To the 12 year-old age it decided to leave theconservatory and thanks to the impassioned brother ofdance music that made him know the famous song '' showme love'' and to an friend impassioned of rap music thatmade him know the best programs of musical productionsand the principal DJ equipments he decided to start toproduce music Rap/Hip Hop music.T hen he composed thisfor which it has really a passion that is the dance music ,and to interest in the world of the djing.He composed hisfirst traces and making her listen to his brother and ininternet him understood that the people liked and it kept onproducing music.Subsequently definite to devote to produceminimal / techno / tech house music and it starts to go outwith the first record labels like Indelabel music,JJRecords,HSM Records.He also started to make his/her firstcollaborations with other artists like Minius (Carmine Filice) ,Lean Butler and more.. .In 20-02-2012 it releases ''Schizophrenic '' in a great label '' Turning Wheel Records ''and he has suffered a good success, in fact it climbs furthersome charts of beatport and other world charts to thesupports of many artists and videos.Since when it started toproduce he is always ventured to produce ProgressiveHouse / Electro House, the kind for what he has always hadan incommensurable passion so in 2011,2012 definite todevote only and exclusively to produce these sons-in-law.In2013 he created a group called SKYWARDS composed bySimone Bertolini , Intesa and Ferry Vee.Now he continuousto produce music and is supported by great artists it willkeep on releasing music with great labels.