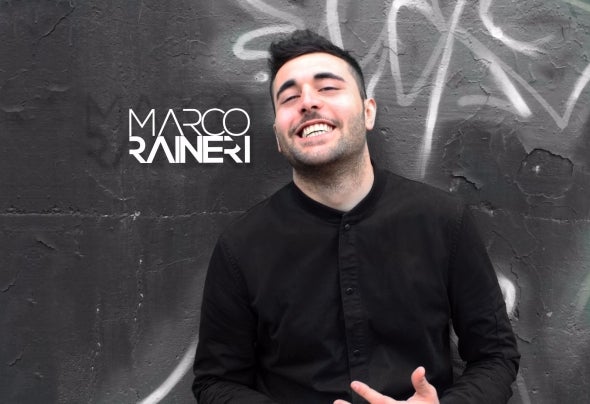 Marco Raineri is a Techno/Hard Techno DJ producer, born in Palermo (Italy) in 93 . From an early age he start his passion in music, becoming immediately DJ Resident on his city at only 15. In 2009 he made his first track, which led him in 2010 to made his first EP. Time passes and Marco grows, with him, his path, that brings him into prestigious Labels such as Renesanz, Insectum Records, Reload Records, Dolma Records, Gain Records, Gate Null Recordings, Stereo Seven Plus, Beast Factory, Frequenza, Whoyostro, Voltage Records... With his releases he receive many feedbacks, including chart and direct dancefoor support from artist like: Joseph Capriati, T78, Markantonio, Adam Ellis, Balthazar & JackRock, Will Aktinson, The YellowHead, Abyssvm, Sisko Electrofanatik, Dr. Motte, Uakoz, Gene Karz... This adventure brings him to the approach with the best party organizer of the territory "Unlocked Party", where he finds his space, performing at the "Official After Party" after events with Artists such as Ilario Alicante, Recondite, Oscar Mulero , Raffaele Attanasio, Luca Agnelli... Time passing and he refound him self on the main stream stage fully energy immersed with Unlocked at Mob Disco Theatre and others with openings to artist such as Richie Hawtin, Jeff Mills, T78, Dense & Pika, Len Faki, Raffaele Attanasio, Mattia Trani, Blawan, Z.I.P.P.O, Adiel, Flavio Folco, Super Flu, Boris Dlugosch, Laura De Greef... Meanwhile his continue to amplificate his discography with new release, with the occasion to become in the 2019 an official T78's remixer with "Mantis Religiosa" on Insectum Records, where he also released his best seller "Alphabet" that was on 7° position on Beatport's TOP 10 Hard Techno Chart for more then 1 month. Now is working in new jobs with many versions and collaborations with many artists, focused on new borders to climb over with some faster techno vibes, throught the support from digital reality like Techno Live Sets and I Love Minimal Techno.