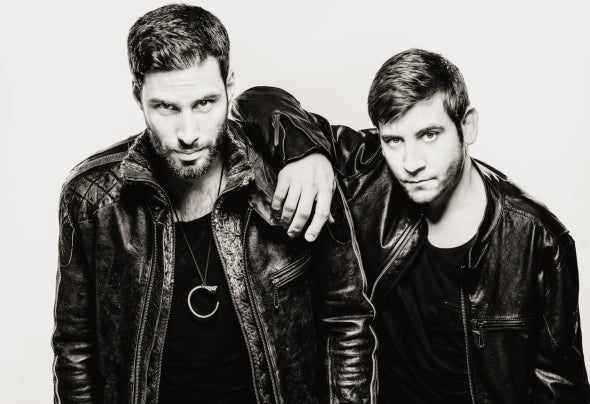 Now and then a friendly greeting over the garden fence or a warm hello by the property front– For seven long years Alexander Vilar Díaz and René Parrée, without knowing each other personally, lived door to door in the picturesque Eitorf near Cologne. Through a magical encounter in 2006, they learned of their shared preference for electronic-techno soundart and began to make music together. Since then, Alex and the six years older René produce and release plenty of tracks. The workaholics bring out monthly at least one publication. The newest and most successful EP "To Be or Not To Be" on the French label Conflict, which was several times chased through the speakers of Richie Hawtin and others. Diaz & Parrée describe their sound as a very elaborated, groovy techno or tech-house. Even though the latest tracks are going more and more towards techno, it is always important for the duo that the track not only is "functional" but also sounds like music. With everything, the > groove is the most important thing! It can also be felt when you hear the guys play live in Germany, Greece, Holland, and France and you see how the audience in front of the console flip out and surrender to the music. With this groove both will stay side by side for the preceding months and even years. Through their enthusiasm and perseverance, the two are on the way to the very top in the techno scene. The goal is not only the music but also to fully live from the musc.