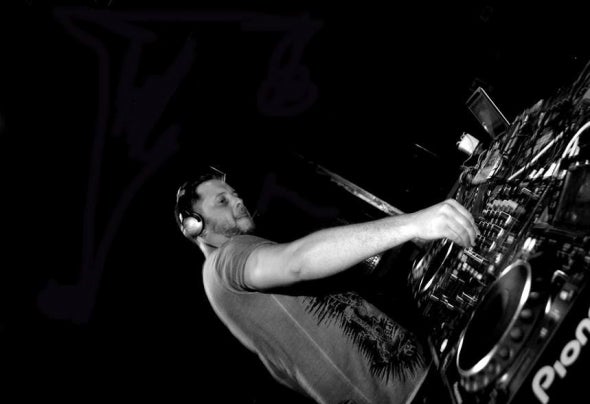 Giulianno Montijo, born in 1979, Brazil, Sao Paulo, is a multifaceted artist who has always sought inspiration in street art and music. From early age on he was involved with the graffiti and hip hop culture, while he developed a side project as drummer and backing vocals of a band of grunge and punk. After a few years with this band, their attention turns to new music technology, and gradually his interest in electronic music grew, and in particular by techno. The take off came in 2002, when he begins to attend private techno parties, when he discovered its many affinities with the world of underground electronic music. From that initial contact, his interests in electronic music lead him to pursue other aspects of this style, as Low BPM, Minimal Techno and Tech House. Finally, after incorporating all these influences, in 2006 started producing his own tracks, opting for the weight and independence that electronic music offers. His minimal and techno tracks are characterized by the weight of influences from punk rock movement and Grunge.