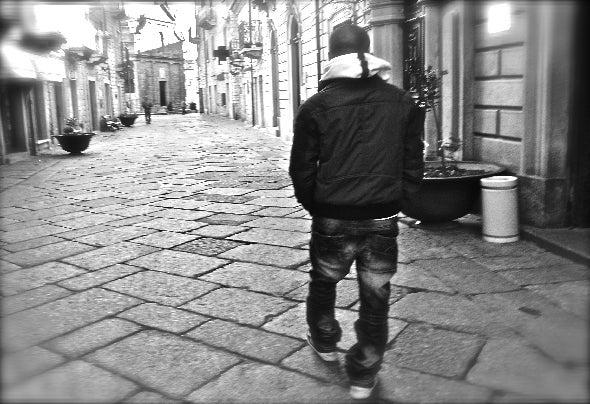 Alex Mayer, born in Asti in Piedmont, Italy, in January 1985. just 15 years, starting rst experiences on djing, between 17 years and 20 years, began working for thePR of the most important clubs of Turin and the rest of Piedmont, which quickly starts working on the same console as talented DJs. In 2008 the family moved to Sardinia and throughout 2008 and 2009, played by organizing various events free entry, offering a style of Techno Electronics very experimental, with a high level of quality and mixing music.End of 2009 he decided to return to Northern Italy between Milan and Turin, to work with large and large-scale experimental again the same sound alreadytested in the events in Sardinia, born in 2010, Essence Entertainment (Agency public relations, events, and management). In 2010, he also began tostudy compositions setting up a small studio in the composition of electronic music at the same time given the strong knowledge about the music electronics and especially so towards the more experimental, go to work in a label as A & R (the one who selects the productions and artists to be published) forlInnovative Musik Records sub-label BLK Music. In 2011, comes his rst release under the name of Magma signing with the MZK work, remixing Geyser Steven Nevets start up immediately charts for two weeks in one of the most important digital stores. Following signing with always the same label, he released his rst solo album, Sorry If Stripped. In the same year, come up with new proposals, returned to Cagliari, he was asked to manage a radio program (Only For DJ) weradio.tv of Rome, where he leads international guests from all over the world, the program in a few months increases the plays from 1200 to 12,000 listeners every Friday he obviously playing well; Meanwhile becomes resident in another radio Cuebase-FM radio in Frankfurt widely known in Germany, with more than 40,000 listeners each month, where he currently still resident. In this year he opened his rst record label, Essence Recordings shortly after he decided to start his small independent where he comes exclusively with purely experimental projects Alex Mayer Musik Lab! In 2012, he became resident for six months on the famous Russian radio-Insomnia Fm, this year a series of record releases make it again Alex Mayer, signing with variouslabels as well as publishing with its property, including here: Aremun Records and Shiva Audio Records, this last label of the famous artist Miss Shiva Frankfurt with whose signature for the output of the new album Wir Lieben, which will be remixed by herself Elenoire original mix. Among other outputs ofprominent this year you can list Vertrauen Ep published by Aremun Records and the single Walking purely Chill Out, supported by the famous Robert Miles published on Essence Recordings. It can be said that in the early publications, The artist has focused on commercial horizons considerably in terms of genre, in fact, his rst publicat ions 2011 followed a distinctly minimal, in 2012 the latest production again following what his style is, Experimental Techno-inuenced Electronic and Ambient. The artist has done several productions with other pseudonyms but less important as MUSE (Mayer, Underground Sounds, Experiments), Traumatized and the aforementioned Magma. In recent years, drawn mainly from the musical composition from that of the classic DJ producer changes his style of music in its live performance, leaving live in traditional equipment, turntables, CDJ, leaving room controller, drum machines and synthesizers, using both studio live in the same software and the same controller, making clear the merger between DJing and what is The artist musician, superimposing his compositions sampled created in the studio, including a wide variety of sound Experimental Techno, inuenced by Electronics and Dark Ambient.