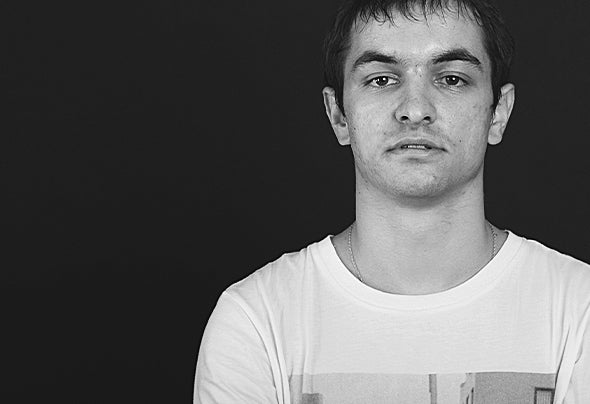 Paul Begge, born in 1989 in Moscow, Russia. Had his first encounter with music was in 2004 when He've listened albums Linkin Park and Rammstein, and understands he need more. In 2005 when he was only 16 years old on one open air event, where he heard first club sounds like hard trance and hard house. After this Paul had a big desire to find similar music and then he have found for himself the new styles of electronic music and listen different radioshows around the world, change styles. His first idols became Sander van Doorn, Marcel Woods and Deadmau5. After some time in 2007 he solves to begin a create own music and started to learn soft. Later he got his first tracks, but "they're not serious", thinking Paul and try next, listening more new music and using new soft. Change different styles of electronic music He stoped on minimalistic sounds, He likes act s as Max Cooper, Mart in Eyerer, Piemont , Gui Borat t o, Boris Brejcha. experiment s of Paul proceed, and in the summer it completed its first serious track under name “Strange Signals” which combines techno and minimal elements. After some time, in the beginning of 2010 he completed second work – “Brain overload”. Then he found one german label "Sound Klekse" to release this tracks on there. After signing contract this tracks have released on june of 2010.On January of 2011 Paul opens his own 2 hour radioshow “Groovebegg”, which plays in Germany on Cuebase FM (Hamburg). Radioshow pursues exclusive techno & minimal stuff from talented acts of the world. In the summer of 2011 Paul starts to cooperate with different successful labels around the world and also begins to work under his first big album. In 2012 Paul prepares a lot of new releases with new concept are in his style. His music jumps from a deep and dub soft intelligent tech to hard and assertive dark techno, and also skips the dynamic minimal tech & tech house tunes.Paul Begge' tracks supported, charted and played by such acts as Dave The Drummer, Albert Kraner, Tosi, Vegim, Vincenn, Dubfire, Richie Hawtin, Sebastian Groth, M.I.D.I., David Divine, Dimauro, Elbodrop, Egoism, Marcos Valiente, Markus Schulz, Cesar Martinez, Stevie Wilson, Electrorites, Paul Funkee, Eugene, Jens Mueller, Mr. Y-Sab, F.Akissi, Israel Toledo, Jakal, Andy Mart and other.