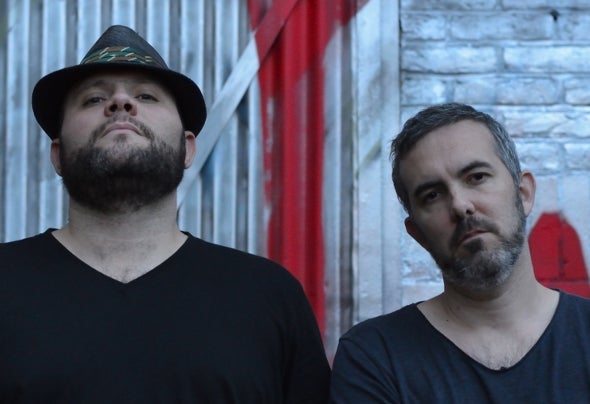 Joel & Yannick are producing a Dark Narrative Music for Clubs, Home Listeming and Movies , They recently won the Best Music Award at the Sandford Film Festival for the Movie Score of Performniax. And if you lump together horror movies & gloomy atmospheres. you're at the right place. Until their first release in 2009, it took one year to climb the top of the Beatport Minimal Charts. They are touring as Live-act since then in Europe and Australia and follow principles like having each performance unique. May you call them musical landscape painters. Foggy valleys are built through melancholic and romantic sounds, where fantasy creatures and monsters are shaped. But the most meaningful influence pulsates around the gothic theme and comes from the gloomy & sci- universe. The musical structures tough are largely grounded on the puristic loop culture of German minimal and techno mixed with industrial and mechanic sounding elements. what they call : A Dark Narrative Music. they worked with producers like Johannes Heil, Patrick Lindsey, Danton Eeprom, Miro Pajic Jens Lewandowski and more. Mz Sunday Luv is the perfect voice for their Dark Flavors. They are frequently supported by acts like Richie Hawtin, Troy Pierce, Jennifer Cardini, Slam, Luciano etc.