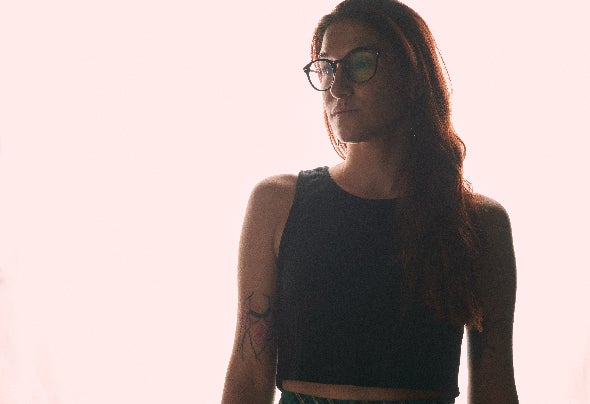 Vicky Sand is an Argentinian DJ and producer, based in Buenos Aires. First, she began studying Music Production and became fascinated by the minimal techno sounds. She soon found her personal sound, which is groove oriented with clean-solid kicks, dark atmospheres and groovy synths. It quickly became clear to her that she wanted to become an active part of the beautiful subculture of Buenos Aires, so she got involved in the DJ world. She began hosting my own parties, playing alongside some great Argentinian DJs, and then she joined teQwave Records. She has been working with them since 2016. Teqwave has grown greatly since they began and there is no sign of them slowing down. Nowadays, she plays Live Hybrid sets using Ableton Live, where she can mix tracks and add her own drums and samples at the same time. Her sound goes between Minimal, Minimal-Techno, Indie Dance and Nu Disco. She's been playing alongside Melanie Massa since 2017. They've played in the best clubs in Buenos Aires: Crobar Club, Río Electronic Music (The Bow), Cocoliche, Bahrein Buenos Aires and all around Argentina. They've shared the bill with some amazing artist such as: Magda, Fabio Florido, Nick Curly "official", Ice Machine, Jorge Ciccioli, Brian Gros Minus, Alexis Cabrera, and many more.