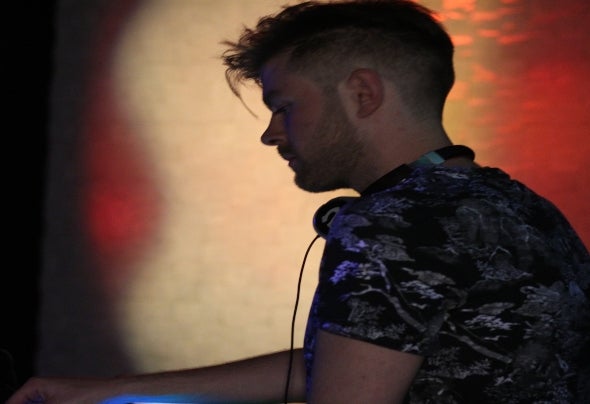 With more than 10 years as a professional artist in his home country and considered a young promise, Juan Andrés Cepeda del Campo, better known as 'Mood Pattern', decided to create this musical project with the plan to merge ideas and create his own meaning of electronic music. Influenced by the ‘House’ & ‘Hip hop’ of the 80s and 90s. Musician since he was very young. Since he was a baby, enjoyed tightening the buttons on the toys to hear the sounds they created. He was always playing with sounds, since he had a piano in his house with which he spent practicing almost every day. In school, he began to learn percussion and drums, in which he perfected himself until reaching a good level. He was chosen by the band of the school, with which he participated in several concerts in his native country, Ecuador. By the time he was 14, his fascination with being a world- renowned DJ grew a lot. His love and passion grew so much that he began to practice a lot, until it was time to position himself as a professional DJ in the booths of the best clubs in his country. Enveloping rhythms, sensuality and minimalism are some of the features he demonstrate when he's in command of the booth at any party, club, festival, or inside the studio. He has shared the decks with worldwide recognized artists such as M.A.N.D.Y., Magda, Stacey Pullen, Alexi Delano, Steve Bug, Hector, Ryan Crosson, Francesca Lombardo, Alex Niggemann, Camea, wAFF, Thyladomid, to name a few. Also, he has signed tracks with global relevance record labels such as Deep Tech Records (USA), Agua y Sed (Chile), Substrate Music (Italy), Whoyostro (Ukraine), Natural Rhythm (Romania), Pleasure In Mind Records (Colombia), BNN Records (Spain), & many more. His music is played and supported by major names in the scene around the globe such as Richie Hawtin, Ilario Alicante, Joseph Capriati, Stefano Noferini, Alexi Delano, Ronan Portela, Robert Owens, among others.