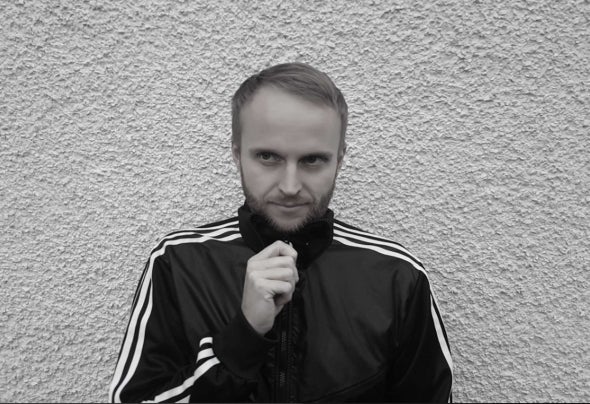 Creepy Finger Records boss Terry Whyte first became an established name on his local circuit over a decade ago. Having played everywhere from Sub Club to under Glasgow’s legendary Arches, his Creepy Finger nights carved out their own reputation in the city’s famous scene.After studying audio engineering and getting to know the Glasgow party scene like the back of his hand during his 20s, he has a deep understanding of sound technology as well as what makes a club full of techno fans tick.This makes Terry equally comfortable whether behind the decks, locked away in his studio creating new tracks / remixes or knee-deep in audio mastering.Establishing a memorable sound of his own seems to have come naturally to Terry. Rolling bass-driven grooves that’ll have your shoulder twitching form the spine of his journey-like sets, only taking his crowd to darker and more twisted places when they’re ready.Partygoers around the globe are becoming well used to that trademark Creepy sound. As a prolific producer with support from the likes of Richie Hawtin, Green Velvet and Marco Carola, audiences at major festivals such as Burning Man, Awakenings, Timewarp and Sonar have been treated to his and his label’s productions.Creepy Finger’s conveyor belt of grooves shows no sign of slowing down and Terry has also linked up with Carlo Ruetz’s (Moonplay) and Justin James’s (Refused) labels. Having dedicated much of his time to establishing Creepy Finger Records as a force to be reckoned with, Terry’s gigs are now taking centre stage. Having played to crowds everywhere from Belgium to Hungary and Germany to Ibiza, South America and beyond, the coming months will see Terry Whyte reconnecting with his fan base all over the world.